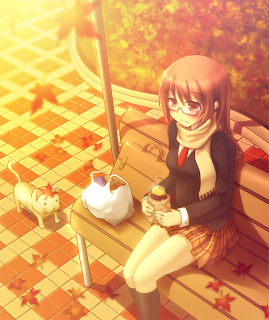 Wondering why one of my post has many views and how they got there, I searched for myself using "とらドラ OP 歌詞" (Toradora opening lyrics; words related to that post), and the results appear as below:
(click on the image to go to the actual page I saw this in.)

I checked the links before mine: some were recently removed videos (Niconico Douga) , some was just the reviews of the album it appeared it (wayohoo.com, but has links to 歌詞ばっかし.jp [no, seriously.the URL does not use Latin characters] that caused my Firefox browser to crash), while some actually have the audio with hidden lyrics, but appeared several days after mine (YouTube).

So it seems that mine has more visible lyrics, with parts of it in a different colour to indicate the part used in the anime. I have also embedded a video from elsewhere alongside that of YouTube as the former is of better quality.

Anonymous said…
That is exactly how I found here, nice work.