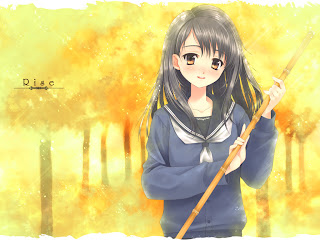 As you might already be aware of, Friendster (and MySpace) are declining in popularity with the favor in the rise of Facebook. After switching internet providers slightly more than a year ago for a faster connection speed and being with the previous for about 5 years after just switching away from dial-up modem. Well, everything seems to be faster, but when I navigate to a certain page or clicking on things like "save changes" after doing some editing, I keep seeing the following thing (or something familiar), even today, and it appears quite frequently on any browser on any PC in my home network (It also appears at the instant I click on a link):

The odd thing about this is that this does not appear on other sites, my previous internet provider or even the computers in my school that is under the same internet provider (the latter being slow when everyone streams music and video, especially YouTube).

I would normally just continue on, but as this problem happens quite frequently, I would find it quite annoying to do it at home, unless I connect my notebook/laptop to a neighbour's unsecured Wireless Local Area Network ('Wi-Fi' would be a more common term) but theirs is slower and obviously it's not right to use someone else's network. In the end, I use it less frequently, as you can tell that most of it is relatively unchanged for several months now.

Even as I'm typing this, I have added a lot of people. How much? Let's see.... after adding friend requests that had accmulated....:

As the maximum is (at time of this post) 3000 for each account, you might have seen me removing some of the inactive accounts from the friend list to accmodate the new ones. However, I had to abandon this plan later on due to the massive number and the problem mentioned I mentioned earlier as continuing on would give me nightmares and not having time for other stuff.

Due to the amount of accounts I have there, the massive amount of forwarded chain letters I received (multiply that by the number of friends and number each sends), including comments, I am sorry to say that I am unable to read your message there, though there might be a chance on my main account, except that the adding creteira is more strict than all the other accounts.

PS. Pages seem to take a very long time to load. Strange thing is that there is no 'connection time out' error message.