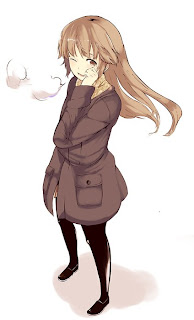 Inside the elevator, an old man wearing a lab coat (do all the staff here wear that?) appear to recognize me, except that I don't recognize that face.

Professor: Oh, Kobayashi-san! I haven't seen you since you were discharged last month.

May I know who the bloody hell are you? Of course, not wanting to be rude, I instead said:

We got out of the elevator at some random level that don't seem to be the ground floor.

Professor: Well, I was the one who was present when you woke up in a coma back in February. When you arrived here back then your body was so stiff that we have difficulty straightening your body. Well, here's a photo that was taken on one of the first few days you were admitted here. 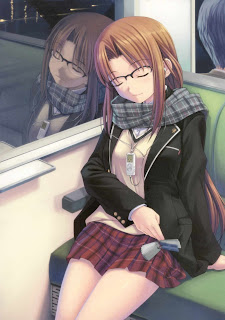 I was shocked, but felt like laughing out at the same time: He showed a picture of me wearing the school uniform sitting in a chair in the hospital ward in front of the empty bed. It appeared as though I was wishing for someone who was no longer in that bed to get well. The window outside looks like it was taken in the transition period between winter and spring. Well, I do remember doing that when I was suddenly transported to yesterday.

What is this picture all about? I don't remember posing for this photo.

Me: Erm, may I know whose room is this taken in?

The old man suddenly burst into laughter. I don't get it.

Professor: That room is your room. As yours wasn't a life threatening situation and can't find a to straighten your body, which also means that we can't change your clothes without cutting it, that would mean that putting you on bed would expose your "bottom". That would leave us with making you look like a visitor whose relative is in a critical situation.

We seem to enter some office that is filled with stacks of paper in a disorganized manner.

Professor: I'm not sure if the director has told you this, but he did say that he merged your mind and your childhood friend from overseas just a few days ago. He said that it was the best thing to do when that childhood friend of yours I mentioned earlier got into your body after he was involved in an accident half a month before you were discharged. The director still seem to be uncertain on whether it was the right thing to do as it was based on a notebook Hisagawa-san, who works with us and might be from your school, found on the day she (the one who's hospitalized) got into an accident. Thankfully, that note was found by the director's daughter.

Me: Huh? He was inside me after some incident I don't know of? You said that my mind was merged with his, so that may explain why I would suddenly know stuff I didn't know previously. But who exactly was I before the merger?

Professor: Hard to tell. One thing that I do know that childhood friend of yours, according to the director, was the one who controlled your body from the moment you woke up from hospital, but I heard that you had no control of yours since back in February. I heard that it was a strange looking doll that might be the same as your friend was working on was somewhat involved in it. 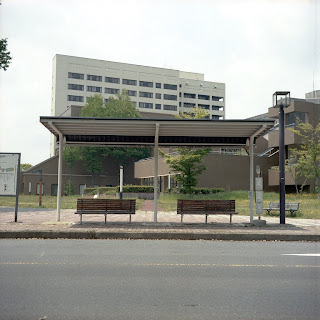 Wait, wait. Don't get me all confused here. I don't get what you were talking about most of the time. What you were saying to me were all alien to me. Anyway, after doing something for some time, I headed home soon after on. It was evening, so it would probably be dark when I reach home due to the distance.

I saw Aiko Hirano alighting from the bus on the other side of the road while waiting for mine, but didn't notice me. She was in a tennis outfit with a sports bag.