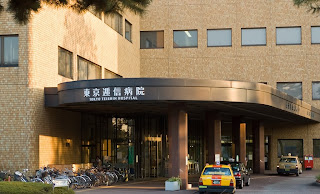 As I had met my original self and, with help from her, rely on ourselves. I was soon discharged from hospital the following day, though in a wheelchair. (Someone seemed to have installed a radio speaker on it for me to talk via the airwaves and be able to move the wheelchair with just my mind, though the latter tires me out easily.)

At home, I agreed with the me that was not involved in the accident to have me take up Mamiko (麻美子). The name Saeko (沙江子) wasn't originally my name anyway before I entered this dimension anyway just a few months ago anyway. I had also agreed to have a different hairstyle. What is even more strange is, unlike my original, I can live without breathing, drinking or eating at all. Well, I can't anyway, even if they fed me or put some weird contraption to aid me.

Would I be involved in that accident if I hadn't played around with that cloning machine, with me being the clone? Well, there are so many possible answers to that question and the only answer I could come up with was the one that had happened, though knowing those two annoying people involved that are now in jail, I probably would anyway. 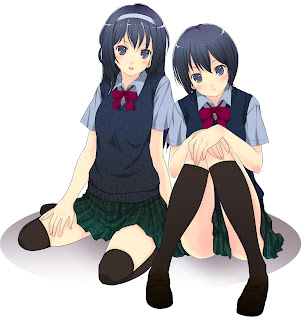 As my family (in this dimension) is rich enough to buy me 6 sets of both summer and winter uniforms for each day of the week. Because of me though, this has been reduced to one for every two days. Well, I don't mind since in my original dimension, there would be only one or two to last the entire week (and the design doesn't look nice in my opinion). If you ask me the female uniform looks way better than the male ones, especially when the latter is a Gakukan.

Morning came and left our apartment. We have a problem: we had a bicycle and I am wheelchair-bounded. My parents do have a car, but they are away and I can't drive that. As I am unable to move, I am unable to grab a hold of the bike or my able-bodied self without the tendency to fall off like a doll. In the end, we abandoned the bike and was pushed to the train station on foot. I feel so useless not being able to do anything.

Thankfully, there are adequate elevators in every building in the school.

We reached the classroom. Everyone was surprised to see me and another who looks exactly like me (though not immediately due to the hairstyle). I introduced myself as Mamiko Hisagawa, and is a clone of the one who was pushing me. People were even more shocked at that. Well, it's like seeing an android or someone who is not mentally well and all of a sudden a voice of that person came out of nowhere in a normal fashion. I seem to have the same voice as my other self.

My other self and classmates was, at first, at a lost of words on what to say after I did so. Silence follows. My other self suddenly said that the cloning part is true and that I was the one who was involved in the accident. She also added that she herself wasn't aware of it until yesterday and that since I have the same physical traits, it was easily mistaken as her. She then placed me at an unoccupied desk while my other self went to my regular seat nearby. Haruna looked at me (but not the other) with a face saying that something was my fault and she was suffering because of what I did. What did I do? 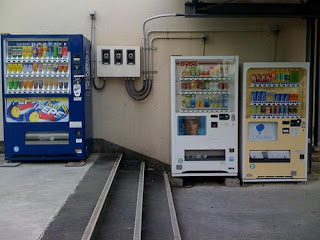 Lessons were boring in the next few days as I don't have any study or writing materials with me which were with my other self. I won't be able to do anything even if I did. During physical education classes or breaks, my other self abandoned me by leaving me behind all alone in class during that time. How cruel, though I would do the same if I were her. Wait, I am her.