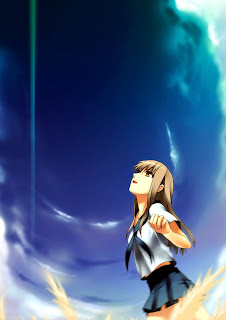 At the end of school the following day, Hirano-san approached me and Saeko, looking uncomfortable.

Hirano-san: "I know it might sound strange to you, but the director of your workplace my father would like you to visit..."

(there was a deafening silence)

Hirano-san: Visit yourself at the hospital today. And Kobayashi-san, he has something to tell you too.

Me: Me? What does he want with me?

Hirano-san: He didn't tell me, but you would find out soon. Oh, I would like to tag along with the both of you, but I have a tennis tournament match with another school today. So, if it doesn't drag on for too long, I might be able to drop by later on.

Saeko: Erm, yeah. See you then.

Saeko looked even more nervous. To get to the hospital, we took a bus from a bus stop just outside the school and traveled for quite some time before reaching it. I'm not familiar with this city. 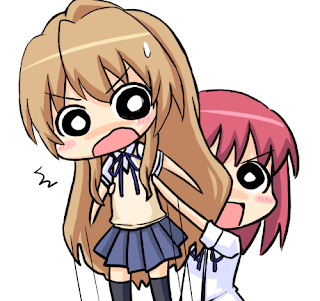 Looking at how nervous Saeko was, I approached the information counter.

Me: Excuse me, do you know in which room I might be able to find Saeko Hikakawa? I'm here at the request of Hirano-san and I'm her friend and classmate.

The receptionist (who was wearing a white lab coat) stared at my friend hiding behind me in disbelief before looking through the records.

Receptionist: Our director eh? Or did you mean his daughter? Anyways, let's see. Hmm, our director should be in the room of the patient you just mentioned earlier, which is room 827 on the 8th floor. From here you blah blah blah...

I left when he mentioned the room number. It appeared that he did not noticed that I had left as I was quite some distance from him. Well, he did look like the kind who would rather play around with chemicals than to serve people at that counter.

It took us a while to find the room as the elevator that serves that room is on the other side of the large hospital. We then reached the room. It is indeed room 827 with the name 久川沙江子 on the door. The Saeko with me is even more nervous.

Saeko: Hey, Aiko. Are we at the right room?

She appeared to be either talking to herself, or think that I am Hirano-san.

Me: Well, there's no other room in the entire hospital that has your name in it.

Saeko: But I'm not even a patient here. Why is my name there as though I am one?

Me: Well, we won't know until we enter this room.

I opened the door as soon as I said that. I first saw a man wearing a lab coat looking at us. At the bed next to him, I saw someone lying on the bed who looked very much like my friend behind me. Her body, however, looked very much like that of a dead person, frozen stiff since the accident. So why is it still here?

My friend who came with me approached the other in disbelief and waved her hand endlessly quite close to the face and looking elsewhere. I looked at where she is looking at: I saw a screen that had a view of what that body on the bed would be seeing and an avatar that look like my friend (not sure which), with an annoyed look on her face. 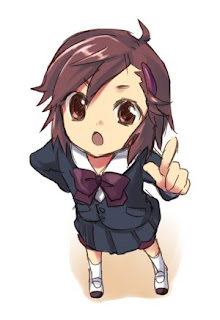 Voice from TV: HEY STOP THAT!

Everyone in the room was shocked.

Saeko: Wha? Who said that? (looks around)

Voice from TV: Me of course, the one whom you were waving your hands endlessly at.

Saeko: This lifeless body of myself in front of me? Oh, I'm sorry. Um, director, may I know what is that?

Director: Oh, this may sound far-fetched, but that is actually the visualization of what the you in that bed is experiencing now being transmitted the same way a normal TV broadcast would. Despite what you are seeing here, her mind is functioning very much like the rest of us but, apart of what I explained earlier, she has no other way to communicate to us because of her body's current condition. I'm not sure if you have the same ability too. I hate to say this, but according to our research, you and that girl on the bed there are the exact same person from appearance right down to the fingerprint. So may I ask the both of you what happened back on 24 May?

I quietly left the room just as the footage of me from behind in school on the TV screen appeared. I had enough shock for today. The "down" button of the elevator appeared to have been pressed by someone at the lobby when I reach there.