Obama elected as US president 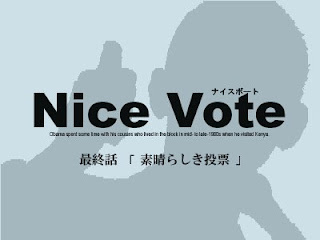 Congratulations to Barack Obama on being elected the president of the United States. It may have been a long (political) fight, but one has finally made it through. Not only that, it has made history for a non-white person to be elected there with many people, from all over the world supporting him.

What remains to be seen is if his party would do things as promised within the next 4 years.

Just to sidetrack a bit, he was in an Indonesian primary school, his late father was from an African country, and there's even a place in Japan called Obama (小浜).

At about 7pm a while ago, I managed to watch a show on TBS following a guy who (tries to) look like him and watch his attempts to meet him in places like Chicago and New York. I managed to get some screenshots of the show. 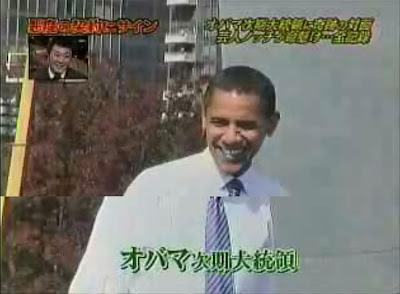 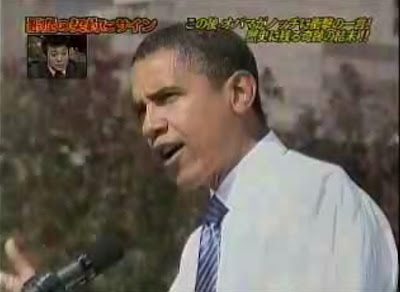 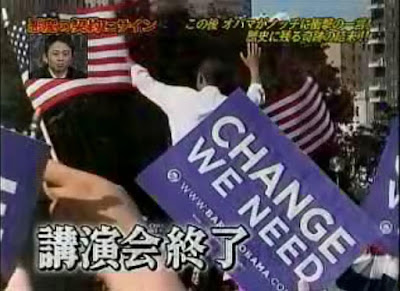 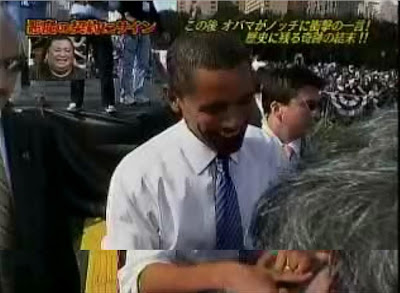