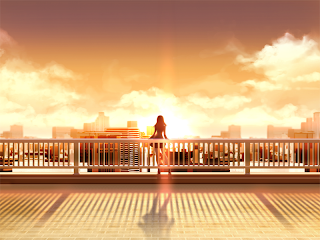 Youtube has recently allowed higher resolution videos and more recently increased the width of the page as to look fit nicely on a 1028x768 screen. In the past (around 2006), uploading a widescreen video would add black bars at the top and bottom to fit the 4:3 aspect ratio and would be in low quality. This is still present on old videos uploaded under the old standard and videos that already have the bars when uploading. This is quite noticeable when viewing full screen or re-size the video player.

There are currently 3 video quality levels. The default would be the low quality mentioned earlier. The other two are high quality, though one is lower than the other. Unless the original video is low quality or uploaded a long time ago, selecting "watch in high quality" would give the second quality level. The highest is only available if the video it's uploaded from is in 720p (1280*720).

Embedding the higher quality version however, requires some editing. Just add "&fmt=18”(medium) or "&fmt=22" (high) at the end of the video url in the code. You might also want to adjust the width and hight too. "&fmt=22" works only when the video it's uploaded from is in 720p, otherwise, the low quality would appear instead.

However, watching high resolution would mean that more processing power is needed, along with a fast internet connection. 8Mb/s (Eight megabits per second) and a dual-core processor would be the minimum for the highest quality to play smoothly. (My 10-year-old PC is barely able to play the lowest.)

Below are some samples of the highest quality (currently).


For a sample of the above, just highlight the areas around the video in Firefox and select "view selection source". Codes for the video should appear between the opening and closing tags for "center".

(Btw, I need to adjust the width of my blog: It looks quite cramp and had to reduce the size of text and post images to fit more in nicely. I didn't do so earlier as the header image is 1051px wide and couldn't find the higher res version.)