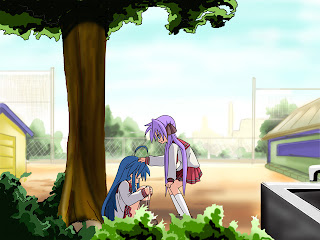 With the end of my final year of my current school less than half a year away from now, before (hopefully) entering into a college of a course I want to take up, my schedule to do non-school-related stuff has somewhat eaten into my free time. I could not really follow what was being taught, even when revising them later on.

I want to stay up late at night, but have to wake up early for school later on. Since school is quite some distance away, getting there and back home can range from 15 minutes to 2 hours, depending on the route I take and traffic conditions. If my sleep were to be uninterrupted, I would wake up at either 9am or 11am, which is quite late in the morning. It's been like that since I started primary/elementary school more than 10 years ago, but I can't stand it any longer.

Combining school revision, long traveling times, crowded places, noisy environment, and lack of sleep would be a nice recipe to drive me crazy. May be worse if I were to take up a part-time job. I may sometimes skip/avoid some of the things I'm supposed to be doing just to regain my sanity.

Another 6 or so years from now before I have the time to start working full-time based on the current situation...