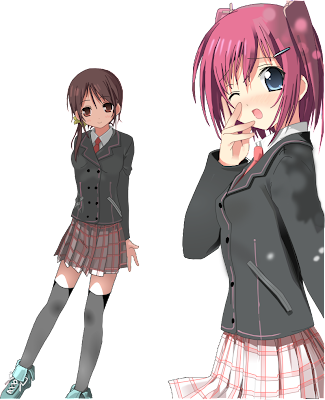 Like the outlines about a month ago, I have created a version that does not have a background in it. These have the same dimensions as the outline. 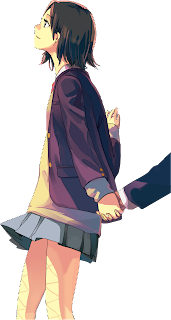 At the same time I have redone the outline by having the white background being replaced by a transparent one and the unnecessary unused spaces omitted. For convenience sake, the text you would see that has the URL of my drawings blog would be excluded too. v0050 on the right is an example as you can see in the main version is that most of it is just the background. If what I mentioned earlier were to be included, but not adjusted (which is time-consuming given how many vectors I had done), it would take me the whole day. Currently, these can only be found at the same place as the high-resolution.

In case you were wondering, here are roughly the dimensions for each versions currently:

In case you were wondering, I did use an image of which the top is based on top of what I used in April last year. I change the layout of this blog about every 3 months according to the seasons, which means that the next would be in March. I'm not sure if I should use a new layout from scratch, just change the colours, or reuse the earlier ones. Variations of the current layout are used on all my blogs except the drawings and the Japanese version of the anime blog.

The current layout has been used since August. The English version of the anime blog, apart from one side of the sidebar removed, is a close resemblance of the layout I used for Autumn (September - November). The problem I face with this layout is that "the thing between the blog title image and the first post and 2 other places on this blog" (I can't say what it is directly) would be easily be cut off. The problem is that I can't easily adjust the font size. Quoted areas are hardly differenciated from normal text other than the empty spacing and looks more like a bulitted list without the bullet. If the posts are longer than the sidebar, there would be an awakward cut-off at the bottom of the last widget there. Main reason for changing is because of the pop-under I can't seem to find the root of, but other blogs don't face that problem.

I know there are a lot of them, but using the classic blogger layout is out of the question as I can't access my stuff easliy. One thing's for sure is that the layout won't look like this or like this.