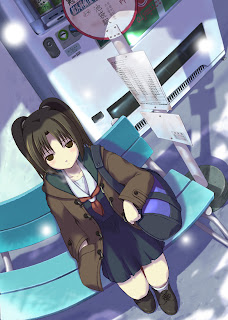 Since young, my parents never explained to me about why things are for what they are. Even if they did, they would give a biased or unconvincing reason. Also, despite them living, at most, 2 hours away by train, I never visited my extended family members, including grandparents, and only see them about once or twice a year. In fact, I hardly interact with them and only remember their faces more rather than by name. The latter of which, is relatively unknown to me. I also don't even know what they are doing in their lives or what their age is. What I do know is that the youngest is still in primary school and the oldest has a child somewhere above 5 years old.

As for my parents, I never see photos of them earlier than when I was a baby. I might have seen some old photos, but I don't really recognize them at all since it was taken when they were kids, and a B&W photo on top of that. I can't seem to find pictures of them when they were in school at all. Even my grandparents are unrecognisable in it as they look younger than what I known them to look like, or had passed away before I was born.

Speaking of unrecognizable, the city that I lived in has so many new buildings built and older ones refurbished or demolished, streets realigned/added/removed/shortened/extended, new train lines built, change of the design of vehicles, among many other changes. In fact, when I look back at old photos that were taken here from the 19th century up until just 5 years ago, I see a lot of things there that I don't see today. The only ones that remain are of some historical significance or were new and under construction.

Lately, we had never gone out to places. If they did, it would be to the same old boring place. Since my father got his car driving licence in 1996, getting around together other than by car (including the area near the train station just 600m away from my house) seems somewhat non-existent. I was planning to get one myself (I'm old enough), but I have a fear of speed and the drivers drive haphazardly by suddenly switching lanes without signaling. (On a side note, I dirve terribly in video games that involve driving that results in crasing into walls or other cars.) Also, the cost of fuel, maintenance, tax, parking fees, and other crap on top of the car itself seems more expensive and troublesome as compared to just taking public transport for the same period of time.

Oh, did I say that I had several close calls that almost involve me in an accident? In 1998, almost collided with a trailer, but the car broke down shortly after. I don't remember about the ones after that, but the most recent was just last month when a car went through a red light. 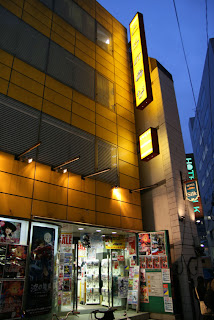 Nowdays, when I'm at home, my mother is normally seen sleeping, cooking, or playing Neopets games. On some days, she also works at night on certain days. Other family members are out the whole day until close to midnight. This usually happens everyday, including weekends. As a result, I'm usually all alone at home. It's been like that for so long that their presence don't really make a difference to me.

Micael said…
"I'm usually all alone at home. It's been like that for so long that their presence don't really make a difference to me."

Be strong!
Well, this is my first comment in one of your blogs...but I like read your posts.

Anonymous said…
Reading this hits a little close to home. It reminds me of life in Arlington, VA. Always more buildings being built up, and I hear that the town doesn't look anything like it did ten years ago.

Except I've always had my mom there to push me a little harder or extend a hand when I was down. Tell me how things really were in the past. But I think I take her for granted all too often.

It's funny. People look at the past as either this big, icky void that's filled with badness and slander, or this rosy time when things were just right and never wrong. Either way, there's a lot to be learned from it if one can set aside their prejudices and look at it from a balanced perspective.

Rest assured. You may be lost and isolated, but you're not alone.

And I think despite your feelings on driving (which are almost exactly like mine used to be, fancy that!), it's worth learning how to drive just to gain the skill. You'd be surprised. Learning how to drive really allows one to gain a better sense of independence about one's own self.