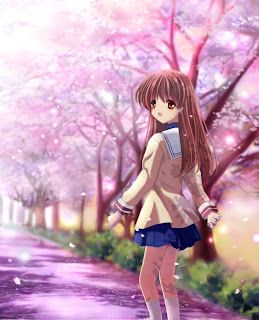 As mentioned on my Twitter feed yesterday, I have 3 identical boxes (47cm x 33cm x 36cm, about 1.5ft x 1.5ft 2.25ft) stacked on top of each other and haven't touched those in a while. In fact, I barely touch anything in my room other than the area around the laptop I normally use lately.

As my priorities of cleaning up my room are low, since it's not so bad. However, I can see dust and dirt gathering on the surface and that most of the mess are not so visible. In fact, it still looks a lot better than back in November 2006, shortly/during the time I made a major tidy up and moved the furniture around. Under the new arrangement, the mess level has somewhat kept to a minimum.

It's hard to tell what has been thrown out and what's still around, but here's what what is still kept besides the furniture:
Anyways, about those identical boxes, I opened it up on Saturday and the box at the very bottom contains cassette tapes and VHS tapes. If I'm not wrong, most of the content of those tapes are TV recordings of Pokemon between 1996 and 2005. There's more stored in the spare room and a particular drawer in my parent's bedroom.

Knowing that the other 2 boxes contain computer/electronics parts, I took them out. Some of the interesting things I found include 6 ATX power supply units, 1 of which, supports a Pentium 4 motherboard. The rest are older. There are also serial/parallel port cables and adapters. There are also several C7 and C13 plugs and telephone wires lying in there. Moving to a more open area is necessary as I need to sort out the mess and the tangled wires. It was hard to look through the items because someone in the house actually observed Earth Hour that day. The tangled wires and the amount of (mostly obsolete) stuff was so bad that I had to stop mid-way and continued earlier today.

During the clean-up, I noticed that there are empty or under-utilized PS/2 mouse, Wireless G router, and paper ream boxes. There is also a 1998 PC tower casing with a 2005 motherboard that was short-circuited around the time I had the laptop. I stuffed some ATX power units, parallel port switcher and a DVD drive that refuses to eject no matter how many times I press the eject button (there's no CD inside btw). The 2001 IBM PC too. After the clean up, there's now a box that's placed at the top that is empty, save for some large envelopes and a tube I received when ordering stuff online in end-2007.

I would like to get rid of the now-useless eletrical stuff, but I want to make money for getting rid of those, even as scrap, since it contains a lot of rubber, plastic, and metals. Wish my parents had told me what they had done that affects me instead of quietly doing it. When I ask certain type of questions, they would either ignore me or give a biased answer to the point that no longer trust them and leave away from them, but can't for financial reasons.

Above image is Ushio Okazaki of Clannad as a teenager.