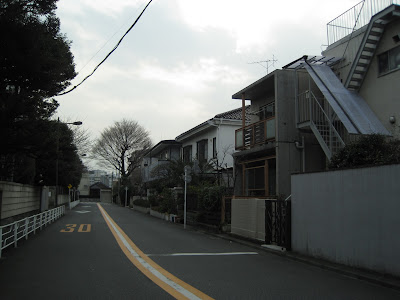 To confirm that I don't need to see my husband to keep my sanity, which has not happened recently, they isolated me away from them. I could bring anything I wanted in that time except images of him, including those on electronic devices. To further remove the possibility of seeing my children and Saeko being also counted as seeing my husband due to them also having looking somewhat like him, their photos too. Since there's a chance that my children would visit my parent's place, I can't live there too. I have nothing but my memories to remember what they look like.

At the same time, Hatsuya Research has modified Saeko's breasts into providing breast milk with exactly the same properties as Yuko's so that the newborn baby could still be breastfed by Saeko should my husband want to turn back into a man. My husband gave the reason for turning back as "it's more fun to keep being transformed into a woman than staying as a woman". It wasn't long ago that my husband used to hate it, but I guess having to go through it as frequent as like doing daily chores like brushing your teeth makes you love it. Well, you have to in order to be positive at work. He has been hoping to get posted out of Mizuho, but being informally the person in charge there (form being the only one who is assigned to wear a supervisor uniform while colleagues wear normal ones, that doesn't seem likely.

Sure women are attractive things, but being one myself means that I have to worry a lot about my appearance and helplessly give in to actions from men. It's like society has made females the passive gender as they are simply mostly on the receiving end: receiving flowers, engagement, being attracted by, and so on.

From a man's perspective, seeing a beautiful woman doing things (even normal ones) would make them lost in thought and gets attracted to her. The problem with this? I'm the woman in question, and there's nothing I can do about it. I always get stares from ugly men because my own body is attracting their attention without me intentionally doing it on my part. My breast gets stared at more than the rest of my body by men, even more than my face. The sad part is that I can't hide the shape of it or make it flat, no matter what I wear over it. If I'm wearing a skirt, my legs are the next part of me they would look at. It's like these parts of me attract men more than my own face. Come to think of it, because girls don't grow much in body height, voice hardly changes since childhood unlike men, and the playful-like behavior, women appear to be like children who never grew up.

Blouses are the only type of clothes I could perfectly fit in as it takes the shape of the breast into consideration and fit nicely with my body, especially the parts of my body below the breast. I guess, in terms of what one could always feel from their body, which indirectly affects thoughts and behavior, being a girl is better than a guy, and would like looking at oneself a lot. Despite me saying how male-like my mind is, I can't seem to bring myself to wear any male clothes at all. When I wear a skirt, it feels like I'm not wearing anything around there even though I appear to be wearing it. It's like shorts, but somebody got lazy with the area between the two legs, and it's somewhat magical in a sense that it doesn't come off even when pulled down as my hips act as a natural hook that prevents that from happening.

Did I say that I don't like looking at myself despite people saying how beautiful I am? That's because I have a guy's mind, and for a guy to see a girl as themselves is hard to believe.

I don't mind inviting people to my house, but it would be embarrassing if they find out that I don't cook or do household chores. I'm a pretty bad example of a mother to my children, but I don't care about that as Saeko takes care of the house and my children. To save the trouble of explaining to others what she is, I just said that she's my husband's sister. Although, with her physical age stuck at around 16, it's getting harder to convince them with that reason. I don't know how to explain when the time comes where my children appear to be about the same age as her. Saeko's actual age is supposed to be the same as my husband.

Speaking of my children, my children, scarily enough, never gave me problems that other people commonly have with theirs, and even as infants, they are oddly well behaved even though I never actually taught them anything. I'm a bad example of a mother, but I don't like children either. I only had them only because my body made them who, sadly, would be replacing me when I die. Actually, I wanted only a child, but because I was the very first person resulting from one of Hatsuya's "experiments" (I didn't know about it until later on) to have successfully given birth to a child, they want me to have another to see if my body is able to have another. Before I knew it, I was producing children for experiment, though currently not as much as the number of siblings I have. My children reaching the age of adolescence seemed shorter than me reaching the same years ago, even though the time for a moment to pass now and then never changed.

I don't want to admit it, but I have a feeling that at the same time my body has been modified, it also caused any of the children I would have to not cause me trouble and inherit my knowledge (which itself was forced into my poor mind, but probably natural to them) among other things. I'm afraid that it could spread to my grandchildren too, and so on. Eventually, after centuries, a lot of people would have genes that would be traced back to me and their unnatural behavior of being well-mannered and smart without even being taught anything as if inherited. It's almost as if they are clones of their parents, but lack experience to know what to do with the inherited knowledge, though they might also know what to do with it. Of course, they each have their own personalities.

The teachers of my first two children, one in primary school and the other in kindergarten, had told me that they have the behaviour and knowledge of someone older. No actual test was done to investigate what they actually know, but the teachers noted that they completed exams quickly and scored full marks on top of that, which says a lot on how easy the test is to them. What's even more shocking is that they knew about things from before they are born described from my point of view, including how I first met their father.

Neither me nor Itsuki had told them about it. How do they know? Are they copies of me?