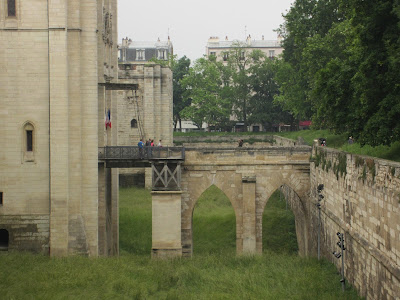 The last day in Paris, and also where I would make my way to Venice. Because I was so cheap on expenses, the owner told me that I had to clean the room, or pay €20. Knowing how strong European European currency is, that is quite an amount in my home currency.

So where do I go between check out and boarding the train? Well, there is this place I always walk past, but never went in, to a place called Château de Vincennes. (Pronounced as sha-tou-deh-varn-sen) It's an old castle, but I didn't know the significance of it until I read that some well known authors were imprisoned there. Spent about 3 hours there.

Where to next? Well, there is this big library near one of the station I went past days earlier (don't remember the name, but it interchanges with RER C and Métro line 14). The library was partially closed as it was a Sunday. Didn't go in though. The buildings around the library seemed quite new. 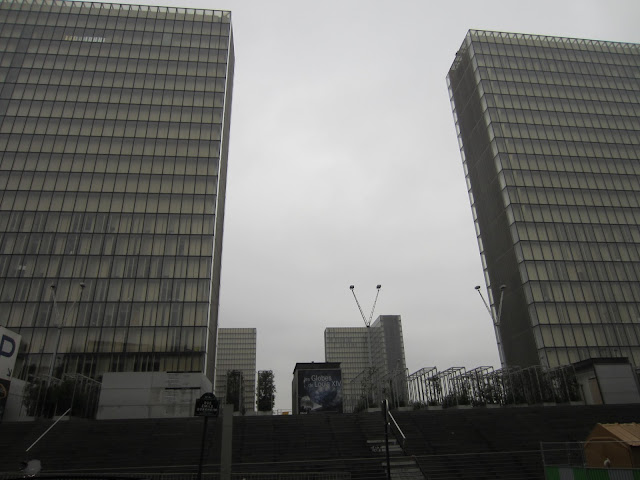 I had already ran out of the tickets from the "book of 10 tickets" that I had already bought twice, but it would be impractical to buy another set. Single ticket it is then. 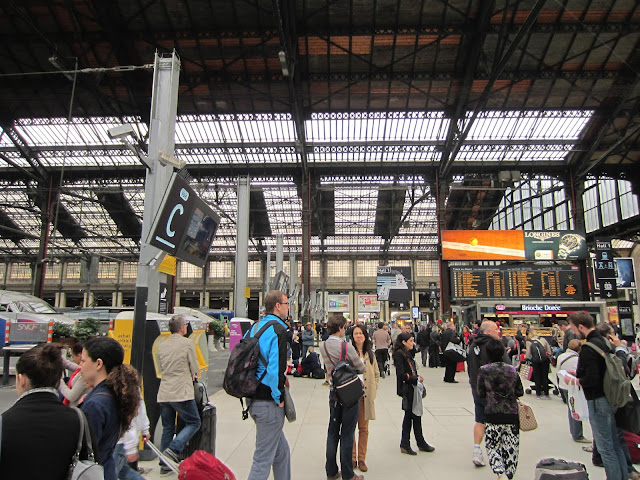 The train to Venice from Paris is at Gare de Lyon. We were several hours early, but many shops were closed and, among ones that are opened, cost quite an amount. (Plenty of restaurants, but no fast food restaurants.) I don't know why.

The cabin I took is shared with other people: two Italian men that don't seem to know each other, and a Chinese couple from China somewhere (based on there accent) that brought along too many things (the lady kept wanting to do makeup / moisturizer during the journey, which I find it to be an overkill).

The conductor came in to check on the tickets, but more surprising is that they took the passports from everyone (saw the bag full of it) "for their own reference". 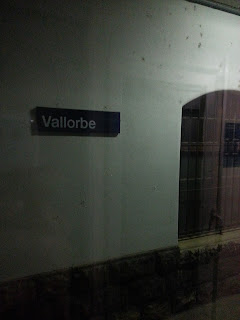 Everyone is asleep, it's still dark outside, but the train isn't moving. The station stopped at has an unfamiliar name (Vallorbe) that, as far as I could see, appears small and quiet. My phone detects Switzerland networks. It seemed like a long time before the train started moving again.

I make my way around the trains to search for the carriage that sells food and drinks, but they were costly. Travelling between carriage is kind of strange with heavy sliding doors and the train shaking around violently. The water in the toilet was not drinkable.

The train stopped at about 4 stations (including Milan) before reaching Venice. By then, I had the cabin all to myself (well, and my older sibling).

The Venice saint Luca was the end of the line, and our destination. Before arriving, there was this long stretch of bridge that connects Venice to the mainland that looks beautiful.
I'm not that good with talking pictures from a moving vehicle or with a glass panel in between. Not sure if I took any, or looking good if I did.

From the moment I step out of the station I arrived at, I am already seeing a postcard-perfect scenery of Venice. It was that nice. 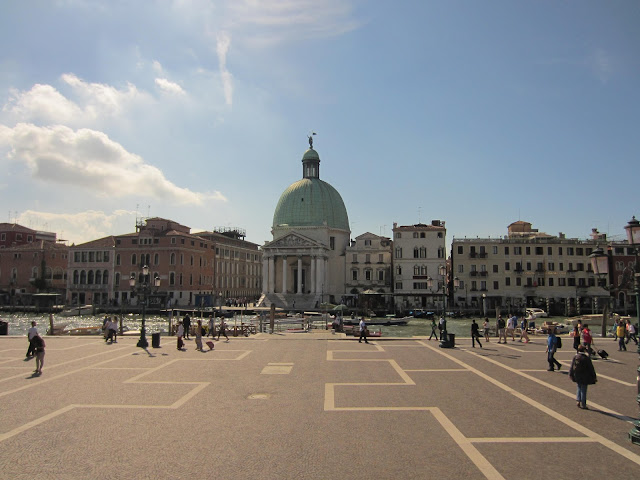 In Venice, there are mostly no roads at all, and only waterways and pedestrian footpaths. In addition to that, the streets themselves are like a maze, and, being how low the streets are from sea level, I need to climb steps to get over the canals that boats passes through. It is seriously a lot of walking if you are visiting Venice, because boats are the only quick way of getting around, and there is no room for buses, trains, or subways.

Like Paris, I saw a lot of restaurants, but, except for one lone McDonald's in the whole of Venice, there are no fast food and more expensive restaurants. There are however, cheaper side stalls and supermarkets. (I wonder about the logistics of bring the goods there since there are no roads.)

When I reached the place, I just took my needed shower, and collapsed onto the bed.

What is the place like? To be honest, it looks like nobody has lived there in a long time. Design looks outdated (saw a 1994 calendar in one of the cupboards), toilet looks half renovated with the shower area lacking a shower screen or even the shower head itself. (There is an additional shower head by the bathtub nearby. It looks old too, but what to do?) The floor is kind of dusty, kitchen has (mismatched) chairs turned upside down on the table.

Well, what to do when you book the place as recent as while still in Paris? Venice is a major tourist destination, so rooms can become full easily, especially at the last minute.
I found out later that the famous Realto Bridge is nearby. 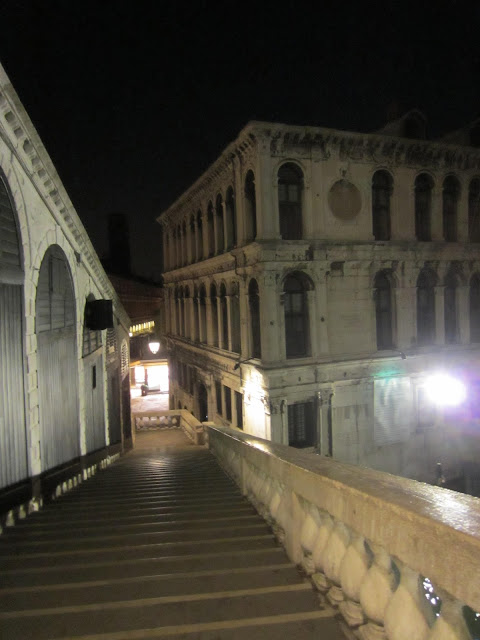