June 11, 2013
Places visited:
Eiffel tower
(Note: This was written on day 12 to 14. Some details might be forgotten until I take a look at pictures I took that day.)

I think I had gotten over my jet lag already: I'm waking up at the usual 9am without an alarm clock... 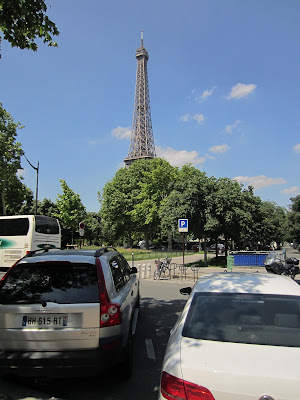 Anyway, on this day, I went to the Eiffel Tower. Yes, that famous pointed thing that everyone associated Paris with. I had been to the Tokyo Tower and the Personas Twin Towers that had been based on this, but this is the real thing! It may not be the tallest structure now, or was designed to be temporary, but it was for many decades from the time it was built.

So, which subway station is the best? It depends on what you want to see: the nearest station, [name 1, line1], might not be scenic at all. The other station on the same line, [name 2] does. In fact, it is there where all the scenic shots were taken from. Which one did I take? Well... Neither. It's [name3, line2] instead.

There is some explanation behind this. While looking at the map, I saw a large patch of greenery at the south-eastern corner from the Eiffel Tower and kind of unsure or forgotten what the stations I mentioned earlier were. When I got to this station, the tower was not visible at street level.

With the help of maps and my compass, I eventually saw the tower, but not the large patch of greenery I saw on the map. Turns out that the street I was walking on ran parallel to it.
(Entered a supermarket along the way. It was there where I saw the French styled plug extender and socket. There was no adaptor though. Did not think about buying it until later.)
There are several entrances to the place: group, stairs, individual, and staff. All entrances besides the stairs uses some kind of a double decked diagonal elevator.
I had spent a lot of time in there, and it seems that many people from all over the world speaking many different languages there. There is a separate elevator that being you to the summit, and there is a queue for it.

I decided to climb down the stairs on the way down. It is quite a climb, and midway through, I came across a level that the elevator did not stop at. Sadly, half of the floor is under renovation at the time I went there.

Reaching the ground level, I made my way to the place where the nice picture of the tower is taken from, as well as waiting for the sun to set around 10pm. (Bought some chips for €3.50 along the way...)

The wait was worth it. I got to see the postcard view of the tower with my very own eyes. Trying to take a good shot is challenging with the zoom, white balance and exposure to deal with. (These are things you can't do with a camera phone.) Waiting for the top of the hour after sunset would have the tower having a lot of flashes from it for about 5 minutes. Missed it? Well, it repeats every hour until 1am. 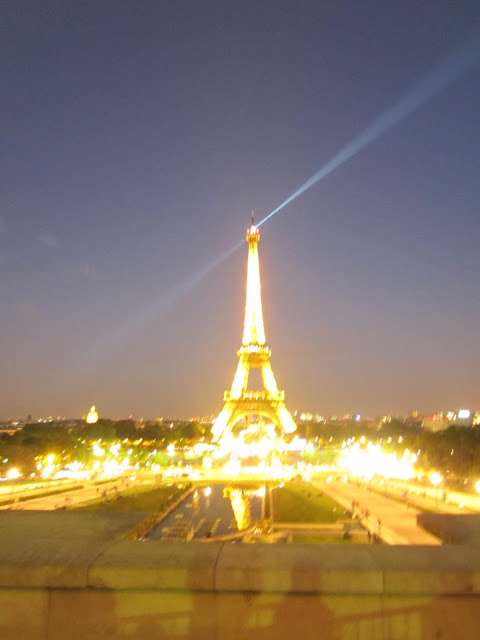 This was probably an unforgettable night I've ever had. There's the magical feeling in the air.
(I was unable to find a usable toilet since before heading up the tower until reaching back to my place, which is many hours later. No wonder Paris smells of urine everywhere: where are the working toilets?)
europe Paris trip
Location: Venice, Venice