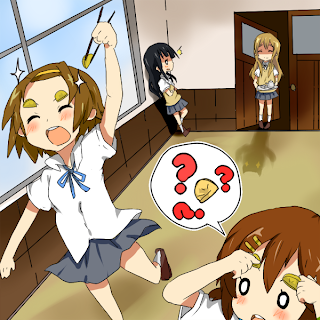 I went to an electronics store and the supermarket yesterday with dad yesterday evening (Everyone else were working or studying). The crowd there was unbelievably crowded! Even the cashier had very long queues. I don't see what's the occasion...

At the electronics store, I saw interesting stuff. I'm not really up-to-date in this kind of things, but there were a lot of stuff that would have been sold at a higher price not too long ago. There were a large range of LCD/Plasma widescreen TVs, DVD Player/Recorder (some even had HDD or VCR (!) built-in), mobile phones and whatnot. Spotted some Blu-ray players too. Dad was impressed by the TV that was playing a movie trailer at 1080p.

There are game consoles (Xbox360, Wii, PS3, DS) there, but did not have interesting titles or were for consoles that I don't have. The Xbox360 is a good console, but I have been hearing a lot of it having hardware issues quite frequently. Also, I understand region locking of DVD/BD movies, but not video games where the language could be different or not officially sold elsewhere due to marketing reasons. I also spotted a media center-like device that connects to the TV via HDMI (among other connections) and supports Wi-Fi. Useful to play media content from the PC, but whether it would work with video formats/codecs I have or use it as a recorder is a different thing. Also saw Windows Vista Anytime Upgrade (Home Basic -> Home Premium) disc, Windows Vista Business (not sure what version it was, but it cost about 300USD), and "Microsoft Office 2007 Student and..." edition. I plan to replace an old 2002 WinXP desktop PC badly: It lags like crazy when I go to a page in Firefox and play an embeed video in standard quality. I can even hear the loud sound from the processer, despite me cleaning the inside for dust earlier in the month. Holding off because of the nearing release of Win7 and that the old PC is still working, though now I normally use a 2007 Vista laptop.

At the supermarket, besides cheaper but lower quality products from the electronics store, I headed to the bicycle section. There are interesting bicycles there, with one costing as much as a Apple Mac computer, but I don't really want to replace my old bike with a lot of visible rust. It works just fine after pumping the tires at a petrol station near my house and adjusting the height of the seat. I was smaller the last I rode it, but the bike did seem quite large back then. I have been walking/running or taking the public transport a lot during that time interval. Stocked up on fruits, drinks and snacks too. Total cost was 5 times less than usual.

Speaking of VCR, the one sitting in the living room since 1996 seems to turn itself off in the middle of rewinding, the remote control does not work properly, pressing the rewind button on the unit would have it record (!) instead. Needs to be replaced with the newer DVD-RAM/RW or HDD-based recorder. The PS3 does seem to be a good Blu-ray player.