July 18, 2008
(the previous post looks kind of messy, but if you can view the original Japanese and English posts if you are interested) 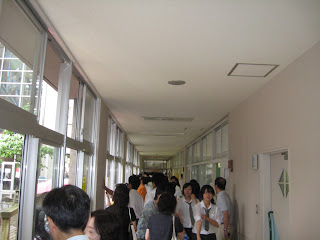 After many years of whining about waking up for school when the sun is not even up yet, lately, I have tried to sleep around midnight. With that, I feel less sleepy and even wake up before the alarm goes off.

Thanks to that, I feel more energetic than I was for a long time.

PS. I don't like places that are higher than 29℃ as I feel unconfortable, but with summer being around now and temperatures being able to easily reach 38℃, that is kind of unavoidable.