Looks like I'm busy for the next few weeks 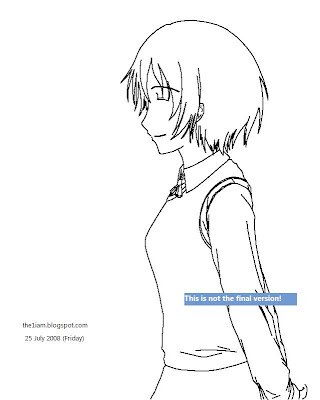 The problem mentioned at the bottom left 0f this image that has happened lately is still there. I don't know what the problem is, but I have ruled out things that are already on my other blogs (including one that looks very much like this blog) but don't face the problem or when this blog is using the classic template. It has been there lately. I think I need to have a closer look at the code. I had also realized that this blog alone eats up a lot of bandwidth as my pre-paid dimishes from 1100 to 8 in less than half an hour of surfing.

From now until mid-August there seems to have a lot of activities I am involved at school from my classmates to the 生徒会 to the library.

I tried to please myself the usual way, but it didn't worked out the way I wanted it to be...