February 14, 2008
(I have made what used to be my private photos as public at friendster. It contains images that I had taken up to [at time of this post] 2nd December 2007)

Various things, regardless of whether we have direct control of it or not, can affect everything. Like someone was unhappy/in_a_bad_mood and it affects other people and the people they meet, even if they don't know who that persorn that was the one who started the unhappiness. This theory is somewhat smillar to how an infection is spread.

What makes a person the way they are or how they would become makes up of various factors. It may not seem like it, but if you think about it, it makes a whole lot of difference, even if it seem minor at first or have no control over it. Here is a list and why they are important:

Based on the above, an example would be: You are a guy who lives in a densely populated area with parents who quarell and divorce when you were young. Your siblings went to the other parent and did not see them since then. Then you met friends (all are guys) in school and became close. As your friends smoke and skip classes, you eventually got expelled from school and got into trouble with the law. After getting out of prison, you would have to serve national service, according to the ministry of defence (for males who reached a certain age; of the country you grew up in), for a period of time. After that, you decided to start a business due to the lack of qualifications and crime records. However, your business is doing very well and is well known around the world, so you end up being sucessfull. You fell in love with an employee and marry her and eventually have children who live happily (though you still wonder what happend to your parents and siblings)

Here is an another example: You are a girl who lives with rich happy parents in the surburbs and you get along with your siblings well. You learned many things like speaking at least 5 different languages at a native level, played musical instruments like the violin and piano, and of cource sing, draw and dance. You also made many friends (mostly girls) and studied and have fun together. You scored very well in examinations from primary/elementry/grade school up to college/university and received a Master PhD with Honours. You got engaged with your fiancée you met back in (upp)secondary/high school and started working in a high position of a multi-national coporation. You then got happily maried. Sometime later, your twin brother got caught in in a terrorist attack while on holiday overseas. You got this feeling that he is in a life-treatening situation. You later found out that he was shot dead by the terrorists. (As he was your twin, you felt that a part of yourself has passed away) When you attend his funeral sometime after the incident (which took a long time to end and many lives lost), you were so sad that your work got affected. You started to see live in a negative way and had thoughts of suicide. Thankfully, your husband and siblings helped you to see the light and prevent the sucide. They said that your twin brother lives on in you and should not let an event like that affect your life.

Life is never like a fairy tale: going the way you want to. There are unseen obstaciles that you should embrace. Let failures and mishaps be a stepping stone towards success and greatness.


Hold on, what was I originaly going to talk about? Ah, whatever. Forgot what I wanted to say and it's already late. Later.

P.S, except for the word fiancée (a woman who is engaged to a man and is about to get married), I did not refer to a spell checker or sources online. I just typed whatever come to my mind. 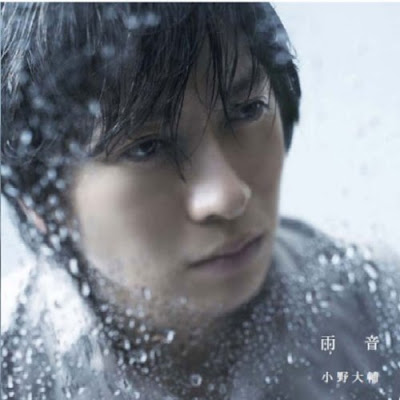 I rarely put up images with only guys in it, let alone a photo. This persorn here is Ono Daisuke. He voices various charaters in various anime like Bleach (2006; Mabashi), Air (2005; Yukito Kunisaki, Sora), Suzumiya Haruhi no Yuuutsu (2006; Koizumi Itsuki), Minami-ke (2007/2008; Hosaka) and various dubbing, and game voices.