February 23, 2008
I find that life in singapore is too stressful and cramp and surrounded by many weird and rude people. In just a year alone, there is already a noticable increase of vehicles, people on public transport, and more tall buildings. On top of that, is the hot and humid envronment, the lack of a close friend of the opposite gender and my family.
I havent decided what country to emigrate to but the likey countries are Australia, New Zealand, Taiwan, Japan, South Korea, United States, Canada, United Kingdom, Germany. (Countries in italics might require me learning a new language).
Here are the list of things that are holding me back from emigrating:
Based on the above, it can be as early as 2011 (3 years) to as late as 2018 (10 years). There is also a period of time before you can getting a PR and another to get citizenship, which itself is after a number of years being a PR. So the total time could range from 13-30 years (2011 to 2038). Might be faster if i can mary someone of that country. 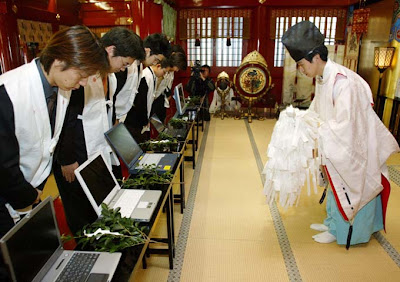 All bow before the mighty laptop!