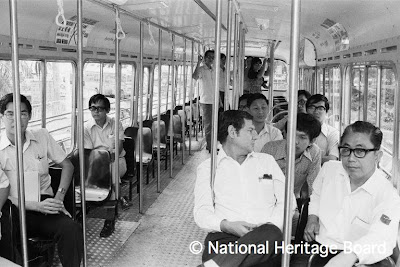 Okay, I am now sick and tired of the unnecessary burdern of things that I don't like doing or is happening.

Firstly, I would get the stuff that was never mine out of my room. I am already facing a shortage of space without it becoming messy and someone made it worse by putting stuff from somewhere (or moving my stuff) at the inconvient places like my study desk, the scanner, and a box which I open frequently. By putting those junk on top of it and leaving it there to rot for many months make me go mad. If so, why did you leave it there in the first place. If I want it removed, it should be done immidately and not the "I'll do it later" attitude and in the end, not doing it at all.

Most of the people I am surrounded with seem to have the "I don't care" or "it's someone else's job" mentality. The shows I see on local TV (and around the region) seem to lack originality and the over-use of things such as a woman shouting at a man over another woman, people hoping for a problem to be solve, which praying is ineffective, gambling, food shows that feature food that I don't eat from random places, and movies/tv serials where acting, visuals and music that is not as realistic as compared to their American/British/Korean/Japanese counterparts.

Next, one of my CCAs at school is relying too much on me. Based on past events, I had to do things to the schedule which are maddening. I wouldn't mind if I enjoyed it, but this is not what I had expected when I joined it. On top of that, I'm not even paid for it and poorly rewarded. Most of the people in it seem to ignore or hardly talk to me most of the time. Among those that do, I kind of find them annoying; it seems that they do very little work and on top of that, they do not attend meetings regularly. Some of them are too difficult to work with. So, I'll skip future events because I am sick and tired of doing all the work while everyone else sits at one corner, expecting me to do the work when they themselves are supposed to do too. Sorry guys, I have to be honest here. I don't care how important the event is or you people need me. I am already busy with other things which is already taking up time. There is already a very long list that I should be doing that has accumulated for many years and need a lot of catching up to do. In fact, more than half a year ago, one of my teachers told me that I need to quit some CCAs as it is affecting my studies. Sorry, but I have to leave. I don't want to repeat the mistake of not opting-out art during my secondary school days. It take up too much time that I can use for something else. This is probably the last time I would mention about being in this particular CCA group.

There is a very long list, some too many to mention, some are already mentioned, and some are not worth mentioning.

Stuff mentioned in the post that I had put up a year ago is somewhat relevant to what I want in the future. (70m JPY = 800k SGD)
cca journal