February 06, 2008
You may have notice that for the past few post, I have been posting around midnight. That is because I am more active around that time (though ironically, it is past my bedtime of 10pm but somehow push it to 2:30am).

Also, besides the random images you always see, I have never posted anything where I took a lot of images since 2 December 2007. For the posts at the end of that month, I did say something about places and events in Tokyo (like the Winter Comic Market) occupied with pictures that are actually taken at that time. Even though I made it look that I was actually there, I was never there; in fact, I never said that I was.

Speaking of photographs, I have yet to upload photos taken after 22 December 2007. I don't know why. Maybe I completely forgot about it when I have time or connect it to the PC (for something else). In any case, even if I do upload, there wouldn't be much to do so as there aren't any pictures taken at events, never even went there, or photography is not allowed (which never happened).

Somehow, the festive periods like Christmas, New Year, and Chinese/Lunar New Year seem like any other day to me (apart from the decorations and advertisements around that time) as compared to the previous years. I wonder why... 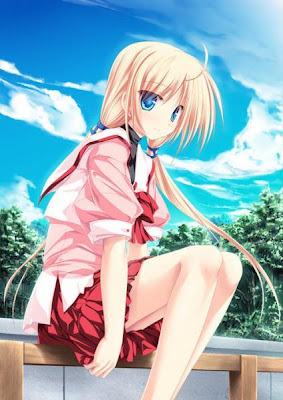