February 29, 2008
I used to add various songs to the music playlist and figure out a way in such that my favorite songs are in it. Now (several years ago actually), with the music library, I can now just view by album, artist or genre. However, the files themselves remains unorganized.

Recently, I saw a "Keep files organized" option (under Edit->Presences->Advanced) in iTunes. What it does is that it moves all the files that you had already added to the library there (unless deleted/moved to elsewhere without updating) your iTunes music folder. Now, what used to be a messy folders with inconsistent names are sorted nicely. Though there are some minor problems. If the original folder contains files other than the mp3 files, only the mp3 files are sorted into the appropriate folders. Since they are going to be moved from the original folders, make sure that the details are correct as it may be hard to relocate it if you are not familiar with the song is. I remove songs that I don't like before that stage is reached though.

Another thing you should take note is the name of the artist. Make sure that the name of the artist is consistent thought the library. Typing "山本由香里" in the search box is not the same as "Yukari Yamamoto" (Romaji; in western order), "Shan Ben You Xiang Li" (Pinyin) or "やまもとゆかり" (hiragana) even though all are refer to the same name. If a voice actor(s) releases an album for the character(s), I would put them in the name of the voice actor instead of the character (if known). You can add an image of an album so that you can tell at a glance where it's from. To do that, select all the files in the album and then drag the image (preferably 500x500 pixels or smaller) into the square in the multiple song properties (if replacing/no existing image) or the box where it says "Drag image album here" at the bottom-left of the source menu (if there are no existing images or want to add more than 1). For the latter, make sure "Selected items" instead of "Now Playing" is selected. Otherwise, only the song you are playing (or just played) would have that image.

P.S. Lately, I don't feel like updating my accounts and blogs. Not sure why. Was it because the exams are getting nearer? Is it that I have been receiving mountains of forwarded messages and friend requests and trying to avoid them, especially the former? Or is it the next to impossible task to go to those sites without getting an error messages (with "connection was reset" being the most frequent, that don't happen on other internet connections, on every other page I try to load? 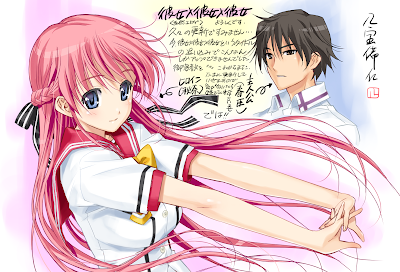 It's hard for me to edit an image that uses many shapes, colours and shades of that same color without help or it appear awkward when edited in paint.