March 16, 2008
Even though I have been to camps since I was young (overseas trips are different), I never liked camping, though some are better than the rest. They all have some things in common: terrible food (or contains food that I don't like), away from my usual stuff and irregular bathing

The first camp that I remember was back in 2000. It's located somewhere with thick vegetation (like a jungle) facing a wide river. The main building looks run-down and the area where we set up the tent is on concrete! (thankfully, it didn't rain during the stay) The instructors are too demanding, and obstacles too scary like ab-sailing or something like that; it's like rock wall, but it's flat and you start from a >3 story high structure.

In 2002, there's another. For the 1st half, it's located in a decent location: near a large park next to a busy highway. The sleeping areas are like tree houses. For the 2nd half, it's on an island and the area is somewhat smillar to the camp in 2002, but better.

I'm running out of time, so i'll end it here. For the latter ones, let's just say that it's somewhat better. 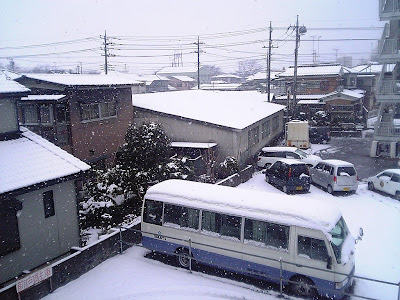 The weather has been crazy lately...