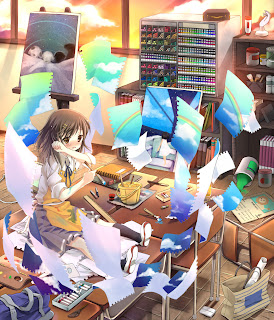 You might have noticed I numbered my posts, except for my stories and some of the older posts. It's based on the post count of what I had done, including scheduled and drafts. It's because of of the later that you might see the numbers jump around.

Oh, and in case you have forgotten, I had mentioned back in April that I am now off to somewhere and would not be able to to put up new posts. However, I have prepared posts that are scheduled for the next 2-3 months.

Well, to tell if my posts are scheduled ahead, I might put up something like at the top of this post. Also, the time of the post would be at exactly 11:00 AM. Due to time constrains, lengthening list of what-I-should-be-doing- but-have-yet-to-do, (as at 13 May) I don't have much of my stories scheduled for the next 3 months. Also, until I have the time and get access, the links would not be available and would have to look through tags and archives after they are released.
scheduled