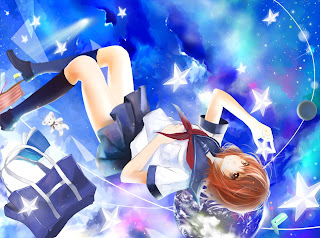 Being away from home, I wonder if the people at home are doing anything to my room. I don't mind if they clean it up, but not throw away my precious stuff. Also, I don't want them to go sneaking into my room to find something that would make me embarrassed. They normally don't as I'm always in my room and is hard get around but you never know.

Sigh, I can't watch much of the new Spring anime or the new episodes of Haruhi. I'm also missing out on Harry Potter and the Half-Blood Prince... If only they didn't delay it from the originally planned December 2008 release... Oh well, there's always the DVD release or something.
scheduled