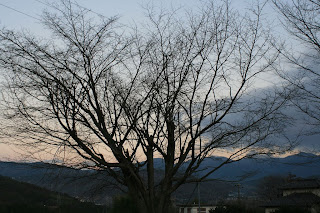 It has been quite some time since my birthday. The weather has started to get colder, and the trees are shedding their leaves with some already bare. I find myself to be with Itsuki and at his house more than I do with my other friends when I'm not working. I don't know why I am seeing him more frequently lately. Is it because of his house? That's not it: his house seems average but less maintained compared to mine. Not to mention the mess and dirt I saw when I first went there. The food? Wait, it was me who bought, prepare, and cook them at his house... Something he did at school? Unlike me, he seems to be the very opposite: hardly anyone knows him, scores quite low for exams, not in leadership role of the things he joined... Why did I choose him over guys all the girls are crazy over, or one of the guys who showed interest in me?

The answer to that: I don't know myself.

I woke up to a cold Sunday morning. It took me a while from the time I find myself to be awake and the time I get out out of it. This would happen quicker if the alarm clock is placed beyond my reach or know that I am / would be late for something. Sunday, 28 November... is there anything on today? Can't think of anything...

Kousei: "Kotomi Onee-chan, it's time for breakfast. Everyone is already there. Hurry up!"

Huh? Who said that? How did he enter my room? Oh, it's just Kousei, my youngest brother. Ever since I spend more time at work and with schoolmates, including Itsuki, I have been heading home quite late lately that I hardly see my siblings. Even if I am at home, I would shut the door from the time I reach home as to not let them disturb me. As time went by, I forgot why I was doing it in the first place except out of habit.

Kousei: "Kotomi onee-chan? Are you awake?"

I got out of my bed and walked towards the kitchen when I said that. True enough, my parents are already there and a bunch of children that resembles me and my parents. I don't really see them as siblings as my age gap with them is too great. Then again, I could be the odd one out as my parents had me quite early: when mom just graduated from high school. I was lucky they did not abort me before birth. Was shocked when I first fond out that the average ages of my classmate's parents are a lot older than mine. Average for my siblings though.

Shin'ichi: "Oh, good morning! Onee-chan. How rare for you to wake up this late."

Izumi: "You normally wake up just after mom and dad."

Mom (at the stove): "Did something happen? You can share it with us."

Uh oh, I don't want to say in front of my parents that I have a boyfriend and have been going to his house a lot. I could tell my siblings about this, but I don't know if they will tell mom and dad about it.

Me: "Oh, it's nothing. It's just that my friends are planning for something before Christmas."

Izumi: "Until you wake up quite late?"

Me: "Well, there are a lot of planning to do, and some of the places require booking in early for availability and discounts. You know that things my cost a lot more on the actual day and to avoid disappointment should some of the places are full when we do it later on."

Me: "We did come up with some suggestions, but have yet to decide on anything. Anyways, I'm hungry."

I don't want to talk anymore, I haven't drank or eaten since before I went to bed last night. Dad seem to try to avoid eye contact with his children, except Izumi and Shin'ichi, by covering his face with the newspaper and pretending to read it as I don't see him flipping the pages. He always does this, but I wish I knew why.

Me: "Um, dad? Do we have anything going on in particular today?"

Dad: "There is a baseball tournament on TV today, but nothing else. You can head out if you want to."

His face is still covered by that newspaper as he said that. The tone he said it in made me feel uneasy. What's up with his attitude? He also leaves home early and arrive late from work every working day for as long as I as I remember. Can't believe that this idiot is my dad!

Speaking of my family, my family tree seems weird. On mom's side, it does indeed show that Kenji, my uncle, is indeed my mom's older brother and my cousin as his daughter. However on dad's side, it seems that a lot of my relatives at dad's level are at the same age as me! For example, this Nanami Fujibayashi whose grandmother is my great-grandmother and, like me, lives at the areas just outside the capital and isolated from other relatives. I only saw her during the large gathering sometime before my current school started in spring. From what I know about her, she seems to be about a year younger than Izumi. Her older brother, however, is about the same age as me. It's a shame I don't know where they live or contact them. I would if I had.

Since there was nothing to do at home on a Sunday, I think I'll get ready to head to the capital to check out something. I need a break from helping out with my siblings' homework.

(to be continued in Part 13)
3rd Story story