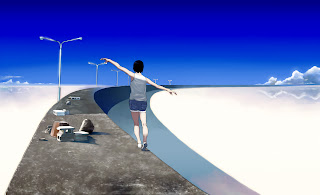 With my birthday less than a week away, I'm not sure if it is something to look forward to. Most of my peers are living better lives than I had and now they are in colleges I'm unable to get into.

My parents are still pampering me to the point that I became matured and independent quite late and start to distrust them more. Why the hell did they teach me 2 useless languages since childhood that I don't practically use? Why did they made me do all that religious crap? I don't see the point and the reasons they give me doesn't make sense. Also, making me learn all the religious crap and those useless languages does more harm than good as it places a limit on what other useful things I could have learn and maybe master them better. Since I have never used them now and picked up a more useful language, I kinda have forgotten. On top of having my school in the past starting so bloody early, my parents turn on to some radio station that gives me a headache. (Those who said about people who had to leave for school earlier than me certainly did not count my situation.) Except for family outings, it seems to be a long time ago that I actually sat at the dining table with my family. Not sure if this is related, but I think the high fevers and other illnesses I had since birth is reducing my ability to think.

Sure that I have completed school, but I'm not sure about college. They say that it's a waste of time (2/5 of a decade) as the skills gained may become obsolete or would only just need to prove the ability to employers. The question lies in what to say, when to go to the interview (interviewee might be grumpy or by a person who likes me and more likely to be employed, and maybe bad things that could have happened which had been avoided along the way), and which company to go to. Finding that time and location is hard.

I wonder how different my life could have been if events that happened in the past had happened differently.
scheduled