learning the right from wrong 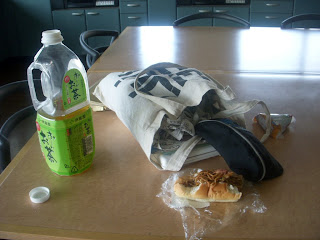 Since I was a child, I had been thought things without really knowing why or was given reasons that seemed reasonable back then.

Now that I had grown older and know more than I knew back then, I have come to realize that some of them are for our own good without saying it directly, or are stuff that were not suitable or not ready for. However, there are also things that are just plain illogical or are based on one's belief on something non-existent and everyone else seems to be following it for reasons that I don't believe in.

It's hard to say if I'm following trends or not, because I may follow things that happen somewhere far away but not the ones immediately around me. I don't know what you would see at the time you click on this link, but my blogs seems to have visits from a lot of places, mostly in North America, Japan and Europe. There are a lot of cities, but here are the places that I see most of the time:


Erm, what was I saying again? Oh yes, because there were some conflicts of the things I knew since young and what I know, I would have to decide which I should believe in which can sometimes lead to what I had knew since young as rubbish or lies, or at the very least why it was so. But sometimes, I would also avoid bad influences like smoking or (over)usage of (illegal) drugs. Though, that could sometime be because I don't see what is so great about it and not try or the negative things I have heard about them. But then again, I shouldn't rely or listen to my parents most of the time. Speaking of them, when it comes to electronics, they don't seem to know very much about it and keep asking me for help, at least not as much as I do, though I hardly see them. 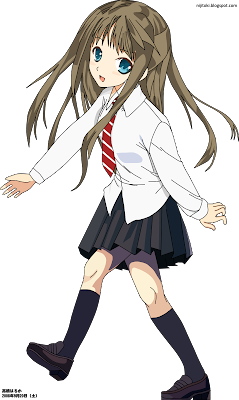 I have made some revisions to this vector trace I did last week earlier because the earlier version looked as though there was something wrong with it. I changed the colour of the blouse from off-white (or was it yellow?) to light gray and the skirt from red to black. I have also added white stripes to the tie as it looked quite plain and added the both legs and the right arm. Due to the addition of legs, the shape of the skirt had to be redone and the entire vector had to be rotated clockwise a bit. Now it looks a lot better that what I started with. There are currently no plans to use the newer version in places where I had used the older version as a blog banner or avatar.

Other changes include reducing the area of the background image of the vector I did the day before yesterday as, before the change, would take up about a massive 1.26MB. After the editing, it now only takes up 862KB. Due to the massive size, I have put up a 362KB background-less version at the "My Drawings" and "自作絵" sections of my blogs. The font size of the signature across all my vectors has been reduced and the original dimensions (before exporting as PNG) have been rounded to the nearest 0 or 5 with any numbers in decimals eliminated, though there isn't really any overall visible difference.

As at the time of this post, changes regarding the vectors mentioned above are not yet reflected elsewhere.