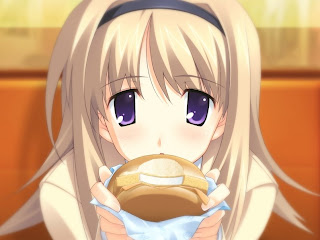 Out of curiosity, I went to search for things that I had put up. I normally don't do so because I don't need to.

I typed "KOTOKO" (a Japanese Singer) at IMEEM search box and my playlist of it would be the very first thing to appear. I typed "asuna888" (one of my online nicknames) and obviously only my profile and one of my playlist would appear.

Next up, using another search engine, I typed "autumn 2008 anime list". Well, mine did not appear immediately since there are more than 1.6 million in the results until I added "site:blogspot.com" (where this blog is hosted on) to it. Mine appeared 5 times, 4 of which are on the first page of the results, including one I posted earlier. I went to the Japanese version and typed "秋アニメ新番組" (New Autumn Anime) and mine would appear near the top of the third page, though the post itself is a year old. Add "site:blogspot.com" to the search terms would make that and a more recent one appear as the first 2 in the results. This would kind of explain the sudden jump I saw from all over the world, especially the U.S. and Japan.

Anyways, out of randomness, I typed "星蘭際" (sei ran sai) or Star Orchard Festival, an event I went to recently somewhere. Well, the first thing I saw that most of the results were in chinese and not sure if those were revelant. I went to the image search section and looking through the image search of it, hoping to find images that I had put up. On the last few pages of the search results (4 & 5), I saw my pencil drawings (and one of my earliest vector) that I had done between March 2007 and July 2008. Obviously not revelent, but if people were to do the same thing, they would see it... Edit: I spotted an error! It's 星蘭祭, not 星蘭際 as mentioned earlier. Blame the IME input for using the one that includes what looks like the "β" radical as the default. I only realised it when I typed まつり and saw 祭り (festival) as the result a while ago when I noticed how odd when there is a few in the search results.
I wonder what search terms I have not used yet...