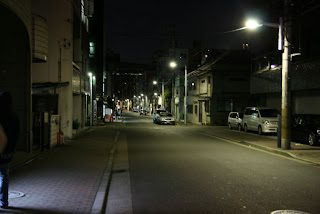 Not wanting to wait until morning, picked a route that I felt like going.

I tried to cycle, but I didn't seem to enough strength and my sense of balance was different from what I remember. I ended up getting off and pushing the bicycle.

Along the way, I saw lights of 24-hour shops I normally walk past. This must be the right way. I can hear the sound of thunder from above me and sudden flashes of light that made the place look like daytime. I finally manage to reach home safely and parked the bike inside the house, at the doorstep. I don't want my stuff to get wet, but at the same time too tired to unload. I had this feeling that someone was following me all the way from the train station until I opened the gates of my house.

It was raining heavily with lighting when I started to bathe. I opened the window to let the air in. I was thinking  about what I should do since Kyousuke confessed to be but thinks it's Haruna because I'm in her body now when all of a sudden, I saw a flash of bright light in the room when...

Author's note:The lightning caused the main character's mind to be merged with Haruna's. From this point on, it would be from Haruna's point of view and not the guy who was involved in a freak accident. 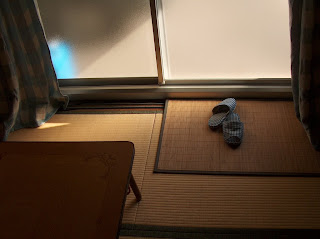 I was in the bathtub of my house, naked and at night. It seemed that it was raining heavily outside with the windows wide open. How did I end up here? The last I remember was that I was in class with the teacher showing off some strange object. On top of that, I am feeling tired and sleepy as though I was doing something tiring not long ago and had been out the whole day.

I got out of the tub and headed to my room. There doesn't seem to be anyone at home. The room looked as though someone else has been living in it. My uniform was hung at a corner and it felt warm as though someone was wearing it, but I could only smell my body odor on it. On the study desk were several 2nd year assignment books with my name (小林春奈) on it. Since when was I in second year? Looking on the inside, there was indeed my handwriting on it, but there was also a handwriting of my father's university friend's son whom I had known since childhood. What is it doing there?

The calender seem to point a few months later than I though I was in. Something seemed to have happened to me between then and now, but I have no memory of it. I also seem to suddenly gain knowledge on subjects I was struggling with, especially English where from where could barely understand anything to being able to understand perfectly. In fact, everything except what I was doing since February.

I think my blog should hold some clues, but I need to sleep first....
Too many shocking things already, probably more later....