April 03, 2008
In the original post dated 1 April, I made a list on what anime would come in the coming weeks. "Neo Angelique Abyss" happens to be the one that would be airing on arts central, the one that I list as "not likely to watch". "D.Gray-man" is another one that would fall in the same category. The closest that actually interest me is that airs there is "Azumanga Daioh", but that is the stuff of 6 years ago. At least something like "True Tears" would be decent enough.

Anyways every Wednesday to Friday, there would be no one at home but me. Mother would go to work around 5pm and back the following morning at 8am. Father would be back close to midnight. Sister back shortly afterwards. The same would happen between Saturday and Tuesday. So, between 5pm and 6am, I am actually alone at home with nothing to eat or do.
My mother does cook for me around 3pm. If I come home before she goes, it would be my lunch. Dinner if otherwise (and would have gotten cold). Lately, I kinda get bored of the food or are not done properly. For example, that fish she cooks (not sure what exactly, but it's definitely anchovies and if put on the plate, the head and tail would stick out a bit) have bones still in it and sometimes with whatever that ball-shaped thing at the front bottom of the fish. I tried tasting it and it tastes like YUCK and spit it out. In the end, I barely ate the rest of the fish and the never touched the uneaten ones. Anyways, as I have nothing to do, there is nothing interesting on TV until late at night (even then, it's nothing to look forward to). I spent the time away online, doing the same old stuff with no real benefits. I would like to go out, but I don't wish to spend money. Lately, the only time we actually get together is on the evenings of certain Sundays and Public Holidays (i said "certain" because most of the time the days would pass by like any other day.)

As you can see, I'm not close with my family, not even with my sister. I can't even remember the names of my uncles, aunts, cousins and even my grandparents. I don't even know what they are up to, their age and occupation, let alone meet or talk to them. In fact, we only meet up once or twice a year! It's been like that for as far as I can remember. Even if we do meet up, they would talk among themselves in a language that I don't understand well and ignore me. Also, I don't have friends that I'm close with that would really make me happy and meet regularly outside work or school and does not grab large sums of money from me and hold it for everyone to see when about to purchase something or talk a lot of stuff I'm not interested. I never fell happy deep down. That's how lonely and sad I am.

Speaking of that product mention above, like what I said here, if you haven't guessed this post from last month involves copying of files to it from my mobile phone. (The error you see in the screenshot there has been fixed in Vista Service Pack 1) 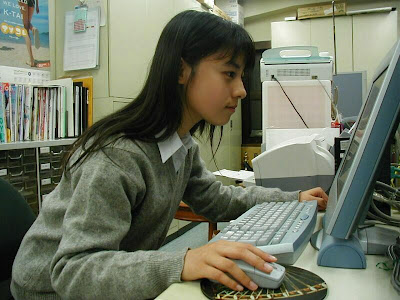