comments on new spring anime on wednesdays and thursdays 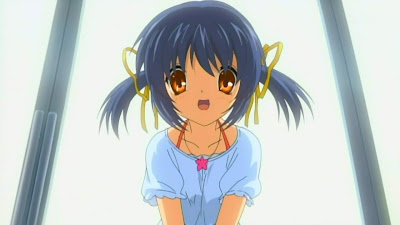 お兄ちゃん！
(see my anime blog or this post for a full list of new spring anime)
Don't take is as an overall thing, but the new anime on those days don't seem to attract me.
On Wednesday, there is/was "Yu-Gi-Oh! 5D's" and "Macros Frontier". (Existing shows on this day include "BLEACH".). I didn't watch them because I don't find them interesting. If you have watch any episode of Yu-Gi-Oh and you would know what I meant. For the other one, it involves too much fighting involving gundams and the fighting+destruction itself. (Same goes to any of the Gundam Seed series. Maybe it's because it's too long and too many episodes to catch up too; Code Geass was an OK mix.)
Thursdays is "Kure-nai", "Allison & Lilia", and "To LOVE-Ru". "Allison & Lilia" had an interesting storyline, but it fails on the visual quality and the opening and ending makes you feel like going to sleep. "Kure-nai" and "To Love-Ru" opening and ending (just search for "紅" and "To LOVEる" respectively on YouTube, since "they" would remove them quickly if I linked them anyway) had a new concept that I have never seen before. In any case, I don't foresee watching future episodes of those.
There are more new anime in the upcoming week, with most of them starting by the 3rd week of April.
Here are some screenshots, including those not listed above: 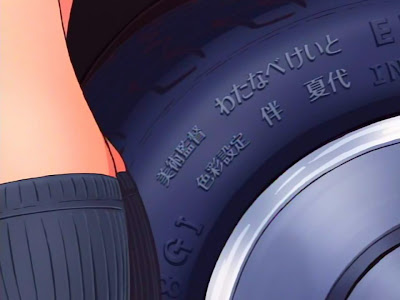 From "To LOVEる" opening: Show the characters from bottom to top in a style associated with american comics and then zoom in to somewhere in the image with the style change to what you see in the screenshot. 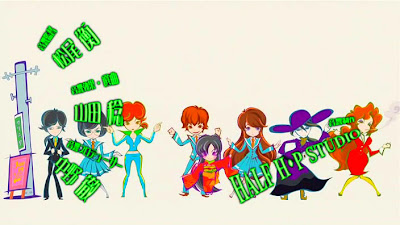 From "紅" opening: The animation style reminds me like those of the '60s and some flash animation. The text is hard/annoying to read, but matches with the music. However, the actual show, the characters look like crap (obviously looking completely different), the worse that I have ever seen. (Oh, the colour of the uniform is black and grey, not cyan as you see here) 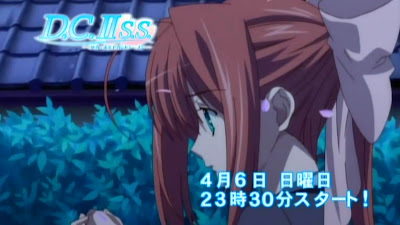 Screenshot taken that appeared after a special episode with the cast of "Special A". The one you saw in that linked post at the top (under "might watch") will not appear in the anime. That shot came either from a magazine or the visual novel. 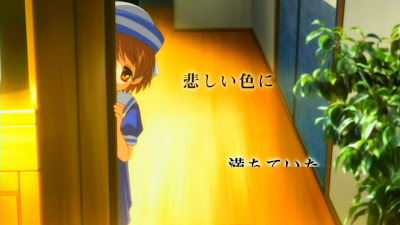 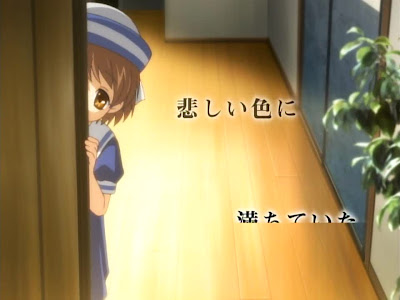 From "CLANNAD -クラナド-": The above is the widescreen (16:9) and the one below is letterbox (4:3). The letterbox made Ushio hiding behind a pillar but it's actually the doorway.
PS, I think I should put the image that I normally put at the bottom-left at the top-center instead. 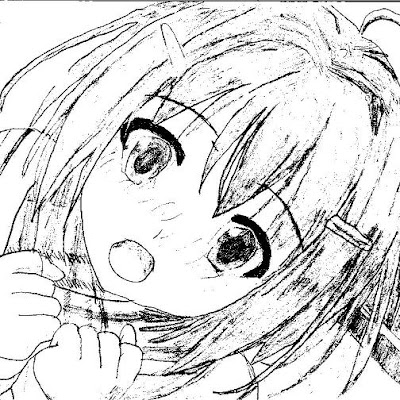 I have done drawing and scanning some of the drawings. It would appear on this profile and maybe here too. Of course, the ones I scanned won't look like the above.