Overseas trip at the end of the year 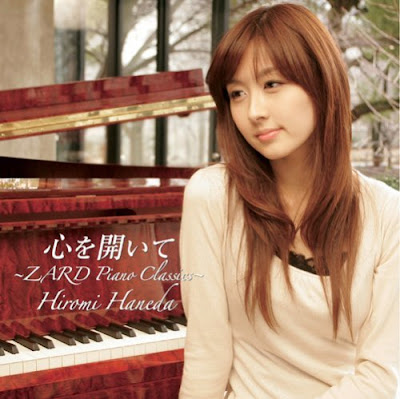 "Kokoro wo Kaiite" (Open the Heart)
I was one of the ushers in the lecture hall controlling the massive crowd yesterday (Friday), who are a year before me / my juniors, for a talk by the section head. During the talk, she mentioned that my seniors had been to places like Perth (Australia), Shanghai (PRC), Beijing (PRC), Guangzhou (PRC), Ho Chi Ming (Vietnam), Kuala Lumpur (Malaysia), Osaka (Japan) and so on. This year she did said that my section could be going to Hong Kong (SAR) in December. (She told my juniors, "Sorry, this is for your seniors. You might be going next year.") However, she also said that 25% would only be able to go, without specifying the reason. Could it be because of the cost? Limited places? Matters like family and (part-time) jobs to attend to? Not interested? Guess we never know...

I have signed up for another two clubs, Photography and Library, bringing up the total to 5. This was partly because I didn't like 2 of the existing ones. There were hardly any activities for the whole entire year for the Multimedia club. For the Drama club (there is a name for it), they gave me too much work that mostly lead into the night (latest is 10pm) and as a result, most of the school holidays are taken up by that club's activities and possibly affect my studies, though it did have interesting outings and activities like video shotting and a visit to a school for the disabled. They were used for a nationwide video competition and got in the top 5 (but not 1st). I didn't attend the awards ceremony though. (I also didn't attend their graduation ceremony) However, I don't feel like going back to that club this year for reasons mentioned above, even though I did contribute much to it, but I don't feel like I'm part of it, as though I'm like a servant, being ordered around to work hard without being rewarded well.

I may have say this many times, but it keeps happening among people that I had just met. People say that I look like [Race A] and also speak in [Language A] but has a [Race B] name and prefers speaking in [Language C] and [Language D]. (Though [A], [F] and [D] are closely related but still different) If they ask why, I would say stuff like my ancestor came from [Country E] with possible origins from [Country A] or something like that. You would see me having great interest from [Country D] and anything in [Language D], including wanting to live there but have absolutely no interest (or even dislike) of those from [Country B].

Anyways, I have somehow acquired the blu-ray rip (1080p) of "Byōsoku Go Senchimētoru". I tried playing on my laptop (which is the newest PC in the entire house), but there is that annoying lag, even when it's not at any fast moving scene. Could be the lack of RAM. Let's not talk about the PC connected to the widescreen TV, that pc is even older with lesser RAM, but it does have 258MB of video memory. Since it's not new, finding its type of ram can be hard with the newer one being more common. As for upgrading the notebook's RAM, let's not bother with it as it's still under warranty. Besides, my next PC could be running Windows Vista Home Premium or Windows (codenamed) 7 smoothly.

PS. I have found nice images to use as a background image somewhere (not necessarily on this blog) or to draw from, just need to figure out how to best use it. I have also (temporally) put up a picture with me in (top left) at facebook so that the (long lost) friends would be able to immediately identify who I am.