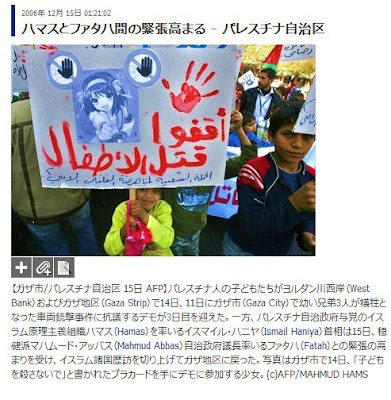 (image souce: 2chan.net at Dec 2006)
I know this image is 375 days old, but I find it quite amusing that Haruhi (from 涼宮ハルヒの憂鬱) on a protesting sign in the Gazaa City by a kid.
What is even more amusing about this is that this image appeared on intenational news (via Agence France-Presse, a french news agency) on newspapers and online worldwide. I wonder what they were thinking.
Anyways, enough of that. This would the time of the year that people of developed nations waste their hard earned money for something and giving it away, having parties that would waste water, electricity, petrol (and somehow contribute to polution) People far and near are also gathering together (good or bad is another thing). Public transport and roadways are crowded too, leading to traffic jams and overcrowding which also leads to delays, waste of energy while waiting for the jam to ease and unhappy people. Heavy floods and snowstorms in some areas. Accidents that leads to injury or death would happen more. People attacking other people for the fun of it (online or in real life). And lots of stuff that don't normally happen every day. The same would probably happen in about a week and another less than a month.
Have yet to start that BC school project thing...
(Replace that silly banner that was above. You can still find it at the bottom an my 3rd friendster profile. Made major changes to IMEEM profile. I seem to be receiving notifications of people posting comments for my MySpace profile and YouTube videos, which I haven't updated for quite some time.) 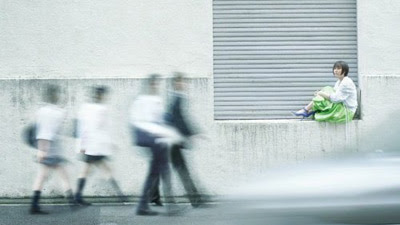 Image from an album released earlier this year by 宇多田ヒカル.
random