December 26, 2007
The worst thing that could happen to anyone is having a writer's block. Back in secondary school, I always seem to be unable to come up with anything when doing the assignment of writing essays or writing more than what is already provided. Of course, this would be worse if it involves creating something new or choosing whatever topic I like.

I got this project to do that is to be done by the 9th of next month, but I'm already stuck at the 1st slide. It's supposed to last for 10 minutes. My laptop comes with Microsoft 2007 but it's on a trial period until I enter the serial number. So I end up using OpenOffice.org instead unless I'm using a different PC. Maybe I just don't know how exactly to do this. Or maybe its just that I just lack of exposure of learning. If only I could turn back time or things happening differently in the past, things could be different now.

Speaking of learning, I want to forget what I learned about the Malay Language (Bahasa Melayu / بهاس ملاي) which I have been failing since primary school (and scored an average of 30% in seconday school) and learn the Japanese Language (Nihongo / 日本語). I already know the basic, so I should move on to learning as much of the Kyōiku kanji (教育漢字) as possible. As you can see, there are 1006 kanji (about 37 times more characters than the English alphabet). I wonder where do I start... I already know some of the kanji like 車 (read as: しゃ or くるま, depending on usage; wheeled vehicle/car) and 警察 (read as: けいさつ; police). I wonder how I can further learn Japanese... The ones I know are only the basic ones; I'm more interested in being able to pass the JLPT (日本語能力試験) level 1, which is the hardest, and be able to read, speak (and wirte/type) it well. I saw an ad somewhere some time ago of learning it in japan but it requires me having my own accommodation and be able to pay for expenses (which is high) and of course, "completed high school or similar". Of course, I could learn Chinese(Hanyu/汉语/漢語 Zhongwen/中文), but I'm not interested, even though people say I look like one.


When I was writing the above, I had problems on what to write, and spent too much time thinking that I ended up writing about something else. It took me a total of more than 1 hour just to write this. There don't seem to be a moment where I am doing nothing. 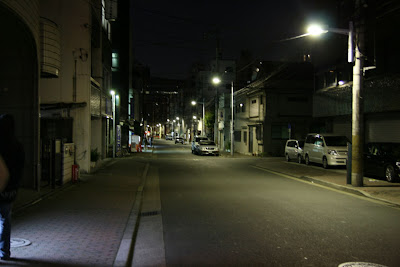 I'm tired... I think my head is going to explode...
japanese random

Anonymous said…
Hello I just entered before I have to leave to the airport, it's been very nice to meet you, if you want here is the site I told you about where I type some stuff and make good money (I work from home): here it is
Sunday, December 30, 2007 at 3:43:00 PM GMT+9