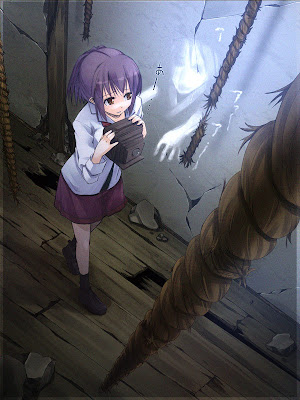 First things 1st. The background mentioned in the previous post was supposed to be this image. But it turned out to be too large and does not look nice in any position unless the entire thing can be seen. If I were to resize in photobucket, the dimensions would become too small. If Imageshack, there's a possible chance that a "forbidden" error would appear for some unknown reason and a difficult-to-use interface.

Today seemed like a long day, even though it's actually shorter than other days.
「My Paper / 我紙」 (マイ・ペーパ / ヲーパウ) をもっていた後、クラス途中行くに、サリナ先生は出会いあった。なにが話には忘れた。4階に私の教室があります。
って…なぜ言語が日本語ですか？ ね、英語 英語 お願い 今から 早く。 あああああああああああああああaaaaaaaaaa... is it working? Good.
Anyways, today is just as warm like any other days. A few days earlier, I saw an orange sunrise in the morning or what appeared to be an unusually early sunrise for almost a week. It kind of gone around when I heard that there was a typhoon/tornado/tsunami hitting some part of Myanmar. (Because of the government system there (I wonder what are they up to), clearance for aid is kind of slow.) I ran out of coins when wanting to buy drinks, so I couldn't buy stuff from the vending machine and it doesn't accept stored valued cards or notes.

After school, I head to the student hub to submit "quotes" that came to my mind, before leaving. I head to the bank to deposit notes of a large denomination and withdraw smaller ones. I headed to the school's main campus, about 40mins by public transport (and no, i'm not implying that the school is very large) for club activities. When I reached there, apart from the place being crowded for some reason, the usual teacher in the office behind the service counter is absent and younger (and more beautiful) teacher is found sitting at the counter itself! (office is locked). 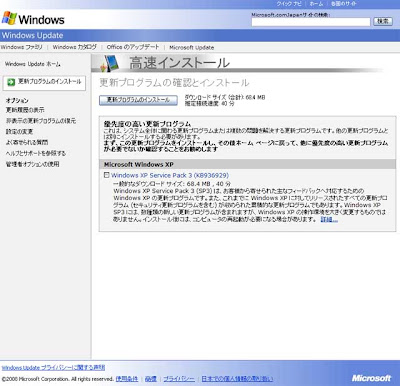 Anyways, I upgraded my (legally installed) Windows XP SP2 to SP3. (The 64-bit version is classified as Windows 2003) It's listed as a high-priority update at Windows/Microsoft update. Since this would be the first thing you would see when searching for updates (there is an option to ignore it and proceed to other updates), it's kind of hard to miss.

If you were wondering, there really isn't much new features in SP3, which are business oriented. The new features are "Network Access Protection compatibility", "Product Key-less install option", "Kernel Mode Cryptographics Module" and ""Black hole" router detection algorithm". Taskbar-based address bar are some of the things that are actually removed. I would recommend upgrading to it if you are upgrading from XP SP1 as SP2 introduces many new features and better security/stability and the tons of updates since SP2 came out so you don't have to wait for updates to download and install and face several restarts if you were to freshly install SP2.

If you already have Windows Vista, I recommend upgrading SP1 as it offers many fixes and improved performance. I also strongly discourage downgrading to Windows XP. If your reasons for doing so are the lack of stability/compabilty, it would be improved eventually just like when XP just came out with people reverting back to Windows 98. In fact, there is enough improvements between now and the time it was launched.