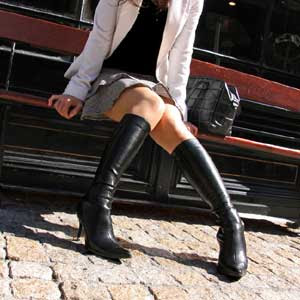 I need a break...
Yesterday (24 May), was the outing for the 生徒会 (I somehow became a member of it), we went to an offshore island. We waited for a long time for everyone to arrive at the meeting point before heading there. As we reached the part of the island with a lot of people, we had lunch that wasn't so bad.

After eating, the members who organize the event explained that there would a racing game that is somewhat like a particular U.S. reality TV show (don't know why) where we run around the entire island searching for clues and doing some tasks. Before the start of the race, they told us to leave our belongings behind, which would be brought to the finishing line.

Searching for an unknown place was difficult at a place you aren't familiar with. The distance between places was quite far, but fortunately, air-condition transport and a map are provided, though not so as most of the locations they told us to go are like off-the-beaten-track kind of places. Thanks to the fact that it's near the beach/sea and the vegetation of the island is like a jungle/thick forest, running around is not so bad, though the duration is the killer.

Some of the station includes swimming, eating strange food (mine was that nasty wasabe) and singing/dancing in front of other people. (Because of one of the first few stations, we had to use up all of the water we had and had trouble finding water for the rest of the race.)

Around mid-way through the race, there was a lot of mix up that caused a lot of confusion. Also, we arrive at the incorrect "station" some of the time. For some part of it, I got exhausted from all that running (for 5 hours you know, more than my annual 2.4km run) that my other team members ran far ahead of me, sometimes as far away as 50m away! And they don't seem to notice that I'm very far away! Oh man... (T_T)

At the end of the race (not sure how it had ended, as there was a lot of confusion and me being far behind of my other team members), we had a long needed break that evening. After taking a shower (from all that sweat) and some interaction with the others, there was a presentation award for taking part and all teams received prizes. The first 3 teams received additional prizes. After all that, we had.... PIZZA! Lots of Pizza!!! Everyone grabbed a slice of it until there was a few left.

I walk to the nearby beach away from them for a while (it was already dark by then) and for the first time in a long while that I enjoyed a cool breeze and get to see the white sparking lights in the sky, though no moon was to be seen in that direction.

I headed home sometime later as it was getting late. Took a shower again to properly wash off. Even though I arrived home late, my parents and sister arrived at least an hour latter.