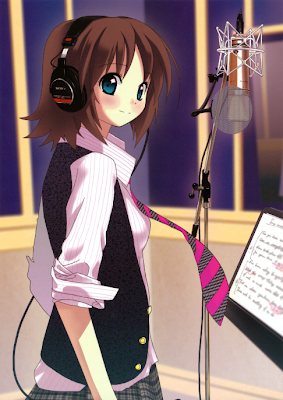 A lot of things happened today that dragged my day towards the pit that on normal days, none of this would actually happened.
If I were to put up a wig with the same colour as my hair, replace my glasses with contact lenses (or at least just remove the former), and wear something (from clothing, the makeup to shoes) that nobody has seen me or expect me to wear, would you be able to even recognize me? I doubt do, as I would probably be unrecognized, unless you remove the wig or hear me speak.

I want to change the background (for the nth time) again since I have found a lot of images I downloaded from flickr. This image is one of them, though it's unsuitable for a background, but might be for a display image.