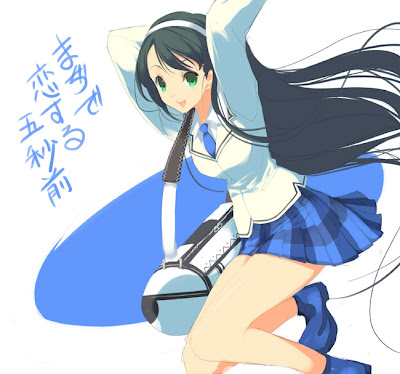 I have officially decided to drop out from the drama club that I was very active in last year and become a librarian this year instead so that I can still earn credits when I graduate from school.

Last year was too stressful for me in that club, but with my school work being increasing in difficulty, I could foresee myself going crazy if I were to remain there. I have missed 1 major project that was to take between the end of the previous school year and the beginning of the current school year and 2 major meetings that were marked as "compulsory" on the club's notice board.

As for the library, my task today was to take out books that has the latest published date earlier than 1991. I did the electronic engineering section (I didn't know the school has such books, and very old on top of that) that was mostly in English. It wasn't so hard. I could tell by how brown the pages are and the design of the book cover (I saw a book on how to fix a (VHS) VCR or a (CRT) TV with a lot of technical terms used). After removing all of the old books (earliest was from 1978...), irreverent books (book on flowers) and some trash hidden behind the bookshelves and sorting out the remanding books, I noticed that it takes up less than half of the total space of the bookshelf, with some rows being completely empty, save for the book stopper.

Since I had been there for double the time than I normally would, I got caught in the peak period traffic where people have ended work and are headed to somewhere. The bus that heads directly to the airport near my house was so full that I couldn't even get on. In the end, I took another to the train station instead, which was also crowded.

Speaking of trains, school ended quite early yesterday as the teachers had some matters to attend to. I don't feel like going home that early, nor do I have anything to do. Then, for the fun of it, I decided to take a nice, long ride on the subway system. If I included traveling to school, I had traveled between 52 stations. It would have cost me 800 if I were to buy from the ticket machine, but since I have a train/rail pass for only 2500 a month (from the date it is effective on and expires on n-1d), I actually paid nothing! \(^O^)/. Anyways I reach home 2 hours latter than if I were to go by the direct route.

About yesterday's post, I was actually wide awake after the alarm went off today, but my body was so damn difficult to move. Like how I find myself frozen when trying to type this sentence. Also, the viewing area that I can see with my eyes are larger than my glasses, so when I wear them, other that the lenses itself, I can always see the frames with areas outside. Since the areas outside are not covered by my glasses, they appear blur due to my extreme short-sightedness.