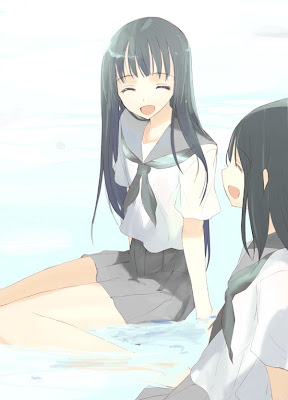 I am done with the cleaning up of the hard disk, leaving behind only this month (June). It was quite monotonous Would search for duplicates the next time.

I received a message (and haven't reply) from my secondary/middle school classmate saying if I would attend my form/homeroom teacher's "farewell". I don't know what he meant by "farewell". It varies from a farewell party to a funeral. I checked on my other classmates' blog, but they never even mention anything about it. One did say that she was not able to contact him, though she could be refer to someone else.

I was informed at the very last minute (Thursday actually) that there would be another 生徒会 meeting at school that conflicts with my class outing, though for the latter, I could go there after 3pm. The problem is that I don't know what I would be missing, who's coming at when and the location is a lot further away than my house. I don't plan on staying there overnight, but probably long enough to be able to catch the last bus home. As for the 生徒会, I'm supposed to have done a report on whatever crap my manager ask me to do.

I was looking through my visitor stats and saw more people from Asia Pacific and North America are viewing my pages. Here are the stats:
(Location and time are auto-generated and I never even view my pages prior to this being taken)

I wonder how many of the above are bots or are viewed through proxies?