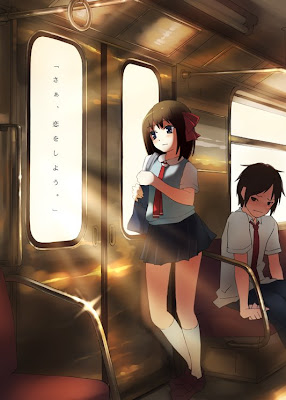 (I'm feeling better now, but not yet fully recovered.)

When I'm bored traveling, but not in the mood to read, I would be listening to music. As there are too many songs on the PC, along with the amount of incorrect/corrupted song info, I would first correct them and then use iTunes to put the songs I want onto my iPod Shuffle™ (2G). I do put songs on other devices such as my mobile phone or PSP, but I find the navigation and putting the songs in there more troublesome, with the memory being shared with other things. Without the screen on the iPod Shuffle, it would be less distracting (and maximise battery power) when using it, though you migh not know what song is being played.

On one side of the headphones that came with the iPod Shuffle™, it seems to have become softer lately and have to adjust the problematic side so that the sound volume balances. To make matters worse, I could barely hear the music when I am at a loud place such as a crowded place, the subway when underground, or buses with loud engines. I used the headphones that came with my mobile phone (Canalphones; headphones that goes into the ear instead of around the outside) as a replacement. With that, I could hear greater sound details and outside noise (mostly) blocked out that I would have otherwise have missed with the regular ones or normal speakers.

The only drawback is that the wire is so short that I can't clip the iPod Shuffle™ any lower than my breast pocket without an extension. That's because the headphones were originally supposed to double as a headset for my phone, but since I hardly use the latter, the other headphones are either too big or are spoilt/old and the mobile phone headphones uses the standard 3.5mm jack, why not? 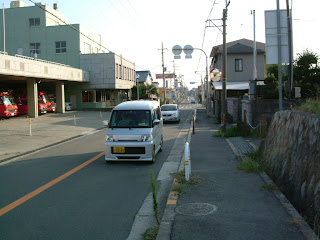 The headphone is great, but for hygienic reasons, I strongly discourage from sharing the same pair of headphones with other people, especially the in-ear type. When listening to music for more than hour continously, I strongly recommend that you stop there and let your ears rest and switch to speakers. Listening to music any louder than 80/100db for prolonged periods of time may also damage your hearing. If you are doing it because of the outside noise, I suggest that you switch to the in-ear type or don't bother listening to it.

Speakers are good when you are listening to a prolonged period of time or share with other people. I never hear surround sound music (5.1/7.1 channel) without it being downmixing to stereo with subwoofers (2.1ch; 2.0 if without), so I can't say or compare how good they are with inner-ear headphones. However, if you are living in an apartment complex (read: multiple noisy neighbors) located quite near a busy road (intersection especially), endless construction, and schools (that I have never been to) nearby, an international airport less than 5km away, the idea of peace and quiet is kind of hard to come by without going elsewhere. A good excuse to move to somewhere far away, but not downtown 東京 of course.