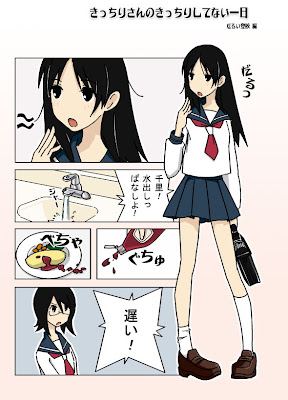 I heard from somewhere that the reason for the so-called "cancellation" of the Second Season of The Melancholy of Haruhi Suzumiya (涼宮ハルヒの憂鬱) was because of plans to create it from scratch in an alternate universe.

Base on the stuff that has happen from official sources since some time last year, such as the official website (which, during when the first series was aired had regular changes such as the page being messed up to reflect what was aired at that time) to solving puzzle by entering the intitals of the characters' names, a fake news report that appeared on various places dated 7 July 2007 on how mysterious symbols appeared overnight with a related life-like CCTV footage of the event (the novel said that the even happened 3 years before the previous season). 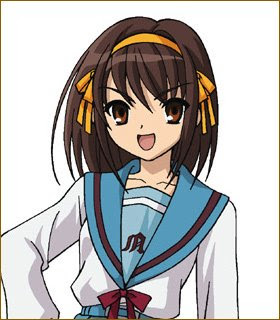 The new series is believed to have been set in a different universe (and no, it has nothing to do with Kyonko), where Haruhi (and Koizumi without ESP powers) attends a different High School where in the universe of the first season is a prestigious all-girls school, where she wears a black blazer uniform instead of the blue/cyan+white sailor one (pictured on the right) after failing to find the "John Smith" (which is Kyon from 3 years latter) she met 3 years prior to entering that school. Since she never actually met Kyon in that school, she remains just as fussy with longer hair as at the beginning of the first series. That bit came from the novel, so I'm not sure how they are going to follow it.

Speaking of the mystery behind it, I am thinking that Kyon's younger sister could be Asahina Mikuru's mother/grandmother. Reason is that there is some resemblance, her closeness with Kyon, and at one time, she said not to get too close to him.

I'm just happy that this is one of the few popular anime that I watched before it became so.

If you are looking for more spoilers, here is a summary of a Clannad DVD special that is supposed to be out in the middle of next month.