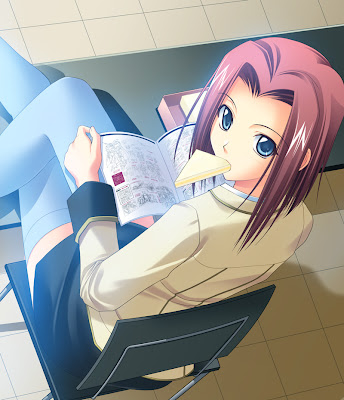 I'm back from all that camping outing, so I'm quite exhausted. There's another at the end of the month, but there is some gap in between.

I have met my juniors of the 生徒会 , though not enough to know them well. I did not bring along any valuables for it, including my transport pass and camera.

There are plans for MySpace and Facebook to revamp the user profiles. For Facebook, they are going to have seperate tabs which would have user info, photos, feeds, and application. Currently, all are together and looks messy when too many are there. For MySpace, I heard that they are simplifying the customization so that they are easier to navigate than the current one, which it has been critisized for. This would also mean that existing ones would not work, but necessary.

The widget which you saw my drawings on this blog are ment for my Friendster profile's media box, so you might have seen the original version of what you might have seen elsewhere. Also, some of the text there are left untranslated with its link omitted. One such example is 乃木坂春香の秘密 (The Secret of Haruka Nogizaka). Because of the filtering system there, only the part before the bold text is displayed. For contisency and to save time, I have omitted the english version as I have to spend time translating and typing, but you can find them on the English anime blog (look out for "Neverending New Beginnings" link at the top). The same reason to why you don't see a japanese language version of this blog. So you can say that my English is better than (most of) my friends.