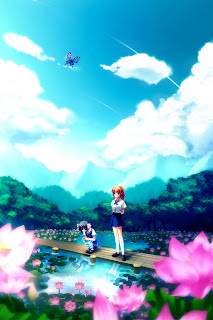 Woman next to him: "It's a miracle! I'll inform her friend outside right now!"

I opened my eyes. Where am I? And why does my body feel funny with weights on my chest and my bottom feels different? Also, why can I understand that unknown language that those people are saying?

Someone entered the room I was in, running towards me.

Girl 1: "Thank goodness! I have been waiting for many months for you to wake up!"

Wait.... Who are you? I don't know who this person is, but my head tells me that she is my close friend, Sasagawa Nagisa. Eh, how can that be?

Me: "What is the date? Nagisa-chan"

Those words automatically came out of my mouth, but in a voice that was not mine but sounded familiar. Well, I too want to know what is today's date.

Nagisa: "Today's Saturday, May 14, you have been unconscious since February where you suddenly fell onto the floor in class during lesson."

I seem to only recall that it was only Friday, May 13, yesterday, that I was in a Taxi traveling back home when I heard a loud vehicle (could be a sports car or a truck) sounding the horn. I then heard the sound of a crash and the interior of the Taxi I was in rapidly closing on me. The next thing I knew, I heard the doctor saying that a girl has been awake. (Wait! Could that girl be me!?) I don't recall fainting in class months earlier.

Me: "Um, Nagisa. Can I have a mirror and today's newspaper?"

My name is Haruna? That's not my name, well, before today. I looked into the mirror and saw a cute young girl staring at me in the mirror with a blank expression on her face. I touched my face and the girl in the mirror did the exact same action as me. Is that really me? I looked under my shirt, onto my body, and saw 2 large perfectly round things sticking out from inside my current body around the chest and there were no deep scars that bullies gave to me back in primary school.

I looked into the newspaper that was in a language I never learnt before, but somehow understand it perfectly. There was an article in the foreign news section on a tragic accident involving a taxi and a speeding truck happening last night. 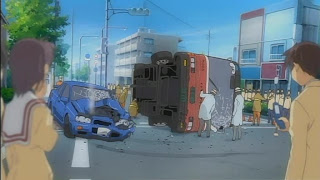 The picture showed a wrecked taxi with the registration plate visible being identical to what I recalled I was in, with the truck colliding from the side (that explains the interior closing on to me then). The news article mentioned that the driver lost control at the traffic junction and the driver with the passenger (my full name is mentioned) died on the spot. I became shocked.

Nagisa (looking at the newspaper): "That is one sad incident. No one survived and his parents were crying endlessly." (turns to look at me) "Haruna? What's wrong?"

If I had died, then why am I here, far away from my familiar place in someone else's body? The mystery of what happens to my mind after death seemed to have somewhat answered (for me).

Me: "Oh, it's nothing. I'm just shock on how things has changed since I fainted."

The doctor who has been standing in the corner since I woke up helped me to get onto a wheelchair and my friend brought me around the hospital. The room that I left has the name "小林春奈" (Kobayashi Haruna) on the door. I think I know someone with that name in my previous life before...

A few medical checks later with the body that's not mine, I was discharged from hospital in just a few days.

I reached a house my friend brought me to and passed me a key that she got from the hospital.

Nagisa (waving at me): "See you in school soon! Hope your parents be back from their overseas business trip soon!"

She was out of sight when I turned to the house. I ringed the doorbell, but there was no answer. Who's house is this anyway? Well it does have "Kobayashi" at the gates. Could it be mine? I tried the key Haruna gave to me. 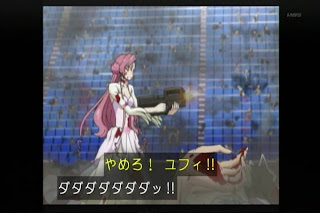 The house had a stinking smell and some dust floating around as if nobody had been living in it for more than a few days. I went to the living room to rest from all the alienness I had been through and watched a cartoon on TV.

I then managed to find my room as there was a note on the table there saying: "To Haruna-chan. If you are reading this, it means that you have recovered. We are on a business trip overseas and would meet up on an old friend while there. We don't know how long it would be, so the money to pay for the bills and your expenses are in the boxes under our bed. Please spend it wisely - Love Mum and Dad".

The note was dated last month.

There is a computer sitting in my room. I turned it on to see what's inside. Hmm.... there are some interesting things in there. Let's try the internet browser. The last recorded browsing history was really back in February. Turns out that the girl whose body I'm in now does have a blog, with the earliest post dating back to a very long time ago. I think I would know more about the background if I read from the beginning, but let's go to mine first.

Managed to log in with no problems (apart from my body feeling awkward when doing so). The chatbox there seemed to be filled with the news about my (previous body's) death and them giving condolences. I don't know if it would be appropriate to even update it, but I posted it anyway, describing what happened on the day of the incident. 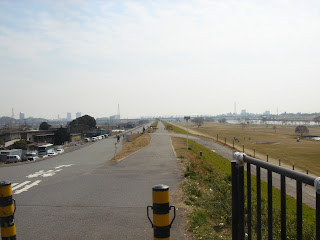 When I was thinking on what to type on the girl's blog, my body suddenly typed by itself. Looking at the screen, it says: "A spirit of my father's friend's son that was involved in May 13 accident has invaded my body, but it's alright. I know him well before the incident, he's kind of friendly and with thanks to that I was able to get up from my condition. I'm still weak from moving my body by myself but without it, I would still be lying helpless in that hospital bed. I was scared being awake in hospital but not being able to move a muscle since I fainted in class. Now, I can help guide this spirit when it doesn't know what to do or in situations where I'm needed." That message was saved as draft but was not published to the blog.

I was shocked when I saw that message. Me, a spirit? And guiding me... that would explain how I know stuff that I didn't know previously or my current body acting by itself. Hmm, no wonder the Kobayashi family name and the girl I saw in the mirror seemed familiar. My father studied with the girl's father together back in university and exchanged photos of their children regularly.

Now to check how much money there was in the room...

REELmultigaming said…
No comments?... Let me be the first!
Comment-Power on!

I like the way your story begins. Let's take a look how it will develop.

PS: So you are not only rating anime in your free time^^;