plans for next month 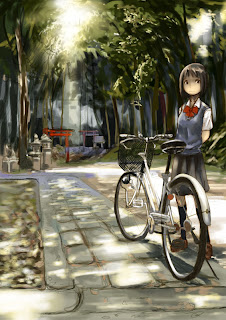 I have signed up to help to clean up the computer room that was largely unused for about half a year now as it was earlier partitioned from a larger area for something else. Looking at the number of people who signed up, it looks like I could be there about 4 times. I think that it could be the same as the room downstairs where it was converted from an unused computer room (with yellowish-white keyboard and those bulky monitors) to a music/dance room.

I should also get started on my revision for my major exams, so I would probably won't be blogging as much for the next few days: for maths, I don't understand if acronyms are used, but if the full name is used instead I would. Examples are the names of molecules in the periodic table.

As my parents keep giving me the same old boring food (not counting stuff like potato chips) with little change in years, I should be eating out more often, especially for the whole of September during the day. I should find an excuse with my parents to go out as I'm normally at home most of the time and would possibly ask me to help with the tiring housework if I don't. Besides, it's quite warm and boring at home, so warm that if it were raining heavily outside for quite some time, the tempreature inside would not be of any difference from a hot sunny day. Besides, they don't bring me to places I want to go, but places that I hate going to. I shall talk about my closeness with my family and relatives later.

Looking at the calender, it doesn't look like I would have anything after the 13th, except the 21st. though the 13-19 is unconfirmed if there is anyhitng. Looks like a good time to catch up on things that I wasn't able to do or spent little time on normal days.

PS, I hate people who smoke cigarettes, especially within a radius of 25m around me.